Adobe, using its AI and Machine Learning technology Sensei forecast a 14 percent rise in online sales in the US during this vacation season. The value of the Sales was projected at $143.7 billion.

The rise in total retail spending, that includes Sales through the offline stores were projected at 4 percent. Record Sales worth $9.4 billion was projected for Online Monday, an 18.9 percent increase year over year (YoY). Of this $3B revenue was expected to be generated between 7 PM. and 11 PM. Pacific Time on Online Monday. The day was expected to see discounts of up to 19 percent on television sets.

Thanksgiving Day Sales was projected to increase by 19.5 percent, generating around $4.4 billion. One out of five dollars will be spent during Cyber Week between Thanksgiving Day and Cyber Monday. This was expected to generate $29 billion or 20 percent of total online revenue this season.

Read More: Online Marketplaces Have Wallet Share but Retailers Are Not Far Behind: Salesforce Report

Products such as Nintendo Switch Lite and SEGA Genesis Mini will be the most anticipated gifts. Toys like Owleez, Blume Dolls, Candy Locks, Kindi Kids, and LOL Surprise OMG Swag. Top-selling video games are expected to include Pokémon Shield/Sword, Shenmue 3, Jedi Fallen Order, Death Stranding and Call of Duty: Modern Warfare. It was projected that American will spend $14 billion more on smartphones compared to the last year. This will account for 36 percent of all online sales.

“The compressed shopping cycle will see retailers launching offers far earlier than ever before. With fewer days to spend, Adobe Analytics predicts that BOPIS (buy online, pick up in store) will be more popular than ever before, with revenue from this delivery method doubling in the week before Christmas as shoppers rush to complete their gift lists,” said John Copeland, head of Marketing and Customer Insights at Adobe through a blogpost

Consumers will use desktops to make research-intensive purchases like furniture and electronic appliances. It was found that 30 percent were planning to use BOPIS, said a blog post by Adobe.

Around half of all customers who responded to Adobe said that advertisement influences their holiday shopping. Smartphone traffic to retail sites from social media have tripled over the years, however, the conversions rates were comparatively lower.

Overall the Large online retailers (with over $1bn annual revenue) will be the leaders as they experience a revenue increase of 65 percent against smaller retailers (under $50 million online revenue).

Read More: Christmas Is the Best Time to Realign Your Sales Using Technology 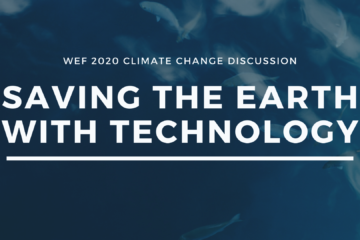 Net-Zero or Negative Carbon: Why Should Everyone Know What’s Happening at WEF 2020?