AT&T’s wireless network covers more than 99% of all Americans and has become the fastest wireless network in the nation, according to the first quarter 2019 results from tests taken with Speedtest and analyzed by Ookla.

In 2018, AT&T made 495 wireless network upgrades in Connecticut. We added:

Following the passage of recent state legislation, AT&T will continue its investment in Connecticut with additional upgrades.

“Governor Ned Lamont introduced legislation which is awaiting his signature that encourages companies to invest more in wireless infrastructure. We’re now speeding our wireless build out plans in Connecticut with tens of millions of dollars dedicated to improving its mobile network,” said John Emra, president of AT&T Connecticut. “This investment will also pave the path to 5G mobile services in the years ahead.”

“For Connecticut to continue to thrive and attract new jobs and innovation, sustained investment by the private sector is crucial,” said Joe Brennan, President of the Connecticut Business & Industry Association. “By continuing to build state-of-the-art infrastructure in our state, AT&T is making business growth possible and assuring that our residents have the tools to stay connected and entertained.”

By building out our 4G LTE network, we’re boosting network speeds and capacity, as we continue to expand the availability of our network and upgrade our technology.

FirstNet is Public Safety’s dedicated, nationwide communications platform. It is for all first responders career and volunteer, urban or rural. It’s bringing public safety communications into the 21st century with new, innovative capabilities, helping first responders connect to the critical information they need – every day and in every emergency.

Building upon our current and planned investments in Connecticut, we continue to extend the reach and increase the capacity of the FirstNet communications platform:

FirstNet is built with AT&T in a public-private partnership with the First Responder Network Authority an independent agency within the federal government. This helps ensure that the FirstNet communications platform and service offerings meet the short- and long-term needs of the public safety community.

To learn more about our wireless coverage in Connecticut, or anywhere in the U.S., visit the AT&T Coverage Viewer. For updates on the AT&T wireless network, please visit the AT&T network news page. 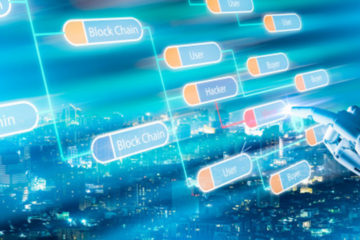