Earlier this year in March, Mark Elliot Zuckerberg, Facebook Co-founder, and CEO had outlined Facebook’s vision and principles around building a privacy-focused messaging and social networking platform. Taking the initiative further, Facebook announced a major update to its Groups product. In order to match Facebook users’ expectations and handle admin queries, the company has rolled out a new simplified privacy model for Groups — Public and Private.

“For Facebook Groups, people have historically been able to choose between being public, closed or secret settings for their group. To better match people’s expectations and help provide more clarity, we’re rolling out a new simplified privacy model for Groups — public and private.”

In addition, now admins can turn on privacy settings to restrict visibility in one or more places. It will empower admins to share content at relevant locations, restricting people to make comments or share posts from outside the groups. Another important update in Facebook Groups privacy setting is its ‘Private’ or ‘Hidden’ option. By default, a group that was formerly “secret” will now be “private” and “hidden.”

A group that was formerly “closed” will now be “private” and “visible.” Groups that are “public” will remain “public” and “visible.” Admins can find the new controls in their Group Settings. Just as it is today, there are restrictions to if and when an admin can change the privacy setting of a group. Group members are always notified when an admin updates the group’s privacy setting.

AI and Machine Learning Made this Possible

Jordan confirmed the role of AI and Machine Learning in securing Facebook Groups setting. Jordan stated that the social media site would continuously identify, track and expunge malicious content. It would proactively detect and remove the content before any viewer sees it.

“As content is flagged by our systems or reported by people, trained reviewers consider context and determine whether the content violates our Community Standards. We then use these examples to train our technology to get better at finding and removing similar content.” – Facebook

Barton Community College Moves to the Cloud with Ellucian 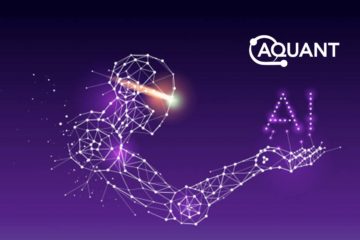 Aquant Raises $30 Million in Series B Led by Insight Partners, to Close the Skills Gap in Service With AI