FB Starts Campaign on How to Use Their ‘Privacy Settings’

AIT Staff Writer 29 Aug 2019 AIT Featured Posts, News Comments Off on FB Starts Campaign to Teach UK Citizens on How to Use Their ‘Privacy Settings’ 734 Views

Facebook has announced the launch of a nation-wide campaign to teach UK citizens on how to use FB privacy options. The decision was taken following a survey that revealed that over 20 percent of Facebook users in the UK do not know how to use privacy settings.

A Digital Marketing agency named Possible has been roped in to assist FB in the campaign called ‘Privacy is Personal’. UK citizens will now be taught how to control the privacy of their photos, videos, and posts. Facebook’s own platforms including Instagram will be used to push the propaganda. Apart from this print, audio, cinema, and video-on-demand options will be used.

Pop up Cafes to Give Coffee and Awareness

Facebook will host Facebook Cafes in the coming weeks where netizens of the UK can go and personally learn to keep their privacy over a cup of free coffee.

The pop-up cafes will be opened at The Attendant in London, Takk in Manchester, The Flour Pot Cafe in Brighton, Union Brew Lab in Edinburgh and Coffee Barker in Cardiff.

“Millions of Brits use Social Media to connect and share with friends and family, but many are concerned about who is able to see what they post online,” said Steve Hatch.

“We want people to have more control of their experience on Facebook and know about the many new tools and features we’ve introduced to help manage their privacy,” he said.

“Doing a privacy check-up is quick and easy – but if you’re unsure how then head down to one of our pop-up cafes. We can help you personalize your privacy settings – and all in the time it takes to make a cup of coffee,” he said.

Read More: Over 53% of Social Media Logins Are Fraud! Can Customer Data Be Trusted?

To Make Strong Ads, Brand Purpose Must Be Inclusive, Not Divisive

Penguin Strategies Tapped as One of Drift’s First Israeli Partners 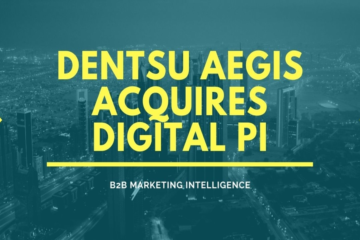