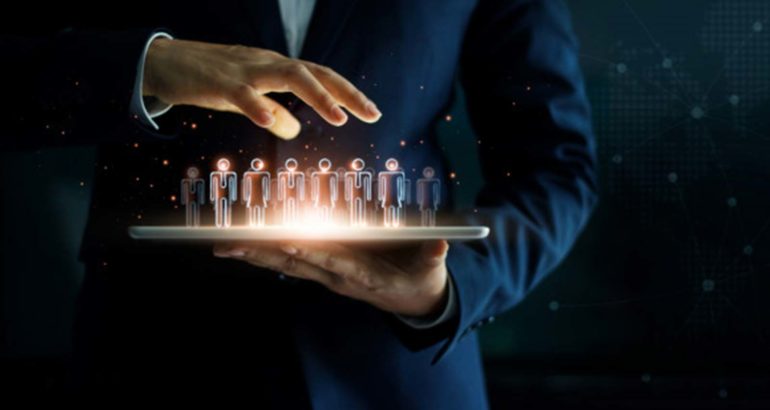 Marillyn Hewson, CEO of Lockheed Martin, is the world’s best brand guardian, according to the latest report by Brand Finance, the world’s leading independent brand valuation and strategy consultancy. Hewson ranks first among the world’s top 100 CEOs, with a Brand Guardianship Index score of 72.2 out of 100.

The ranking is extracted from the Brand Finance Global 500 2020 report on the world’s most valuable brands, which was released last week during the World Economic Forum Annual Meeting in Davos, Switzerland. The launch took place during a C-suite panel discussion marking the 50th anniversary of the international institution WEF, where panellists discussed the role of shareholders for a sustainable world and how best a CEO can maximise both purpose and profit.

Marillyn Hewson has been at Lockheed Martin for 37 years, her whole career, and has been CEO for the last 7 years, presiding over a 14% increase in the brand’s Enterprise Value. Hewson has lead the charge for the defence brand’s position as a leader in security, aerospace and technology.

“Great brands need great leaders. They set and direct brand purpose and balance short and long-term financial returns. Their role is to gauge the mood of external stakeholders and ensure that all internal stakeholders behave in a way which is consistent with optimising purpose and profit. They may be technical experts but the moment they become CEOs they must rise above technical specialism to lead and inspire the whole team.”

Only 4 women make the ranking

A mere 4 female CEOs feature in the rankings, with IBM’s Ginni Rometty (30) securing an index score of 53.9 out of 100. As the current chair, president, and CEO of IBM, she is the first woman to head the company. Before being named as president and CEO in January 2012, she first joined IBM as a systems engineer in 1981 and subsequently headed global sales, marketing, and strategy.

Healthcare services Lockheed Martin brand Anthem’s President and CEO Gail K. Boudreaux (78) holds a Brand Guardianship Index score of 44.9 out of 100. An industry veteran, she was most recently CEO of United Healthcare and before that, she was an executive at the next largest operator of Blue Cross Blue Shield licensed insurers, Health Care Services Corp, and at Aetna.

General Motors’ CEO Mary Barra (80) is also leading the charge amongst her male counterparts, with a Brand Guardianship Index score of 49.6 out of 100. The number of women leading the largest companies has always been small. Out of the Fortune 500 companies, women CEOs number just 24, down from 32 a year ago. The debate around why there are fewer women CEOs, and whether having a gender quota in place is actually effective, is still an ongoing discussion amongst policymakers and corporates in boardrooms across the globe.

Breakdown of top CEOs by company’s country of incorporation

The Brand Guardianship Index is made up of 100 CEOs representing a variety of industries and countries, with 46% leading US-based companies and 10% coming from China. This is a testament to the business acumen of Chinese CEOs who are rising above the parapet of their European counterparts, particularly when navigating such a large domestic market and global expansion against the backdrop of regulatory developments.

With 10% of CEOs in the ranking coming from China, it is the Chinese tech brands whose CEOs feature prominently. This proves just how crucial and outward facing the role of a Chinese tech CEO is to the brand’s image and operation. The personal life of a CEO is one which members of the public follow carefully and are familiar with, such as Robin Li of Baidu (23) with a Brand Guardianship Index Score of 54.8 out of 100. As CEO and Founder of Baidu, Robin Li’s humble background from Shanxi Province tracing through to his success at the prestigious Peking University is a story most are familiar Lockheed Martin with and aspire to. The same can be said for Western brands such as Facebook, Apple and Google, where their leadership are recognisable public figures who have even been profiled in Hollywood films about their lives.

The Brand Finance Brand Guardianship Index also seeks to rate the performance of CEO’s of world leading brands who have reached the job through merit and success alone.

The tenure of CEOs has also been taken into account when preparing Lockheed Martin the Brand Guardianship Index ranking. The world’s second most reputable CEO, Bernard Arnault of Moët Hennessy Louis Vuitton SE, (LVMH) has been leading the French luxury goods conglomerate for over 30 years. Arnault receives a CEO Brand Guardianship Index score of 68.4 out of 100 and has risen up one spot from third rank last year. In the past year, Arnault and LVMH pledged over $220 million to help repair the Notre Dame cathedral in Paris following the devastating fire in April 2019. LVMH also took over Tiffany & Co, the US jeweller famed for its signature engagement rings and white diamond necklaces, in a $16.2bn (£12.6bn) deal

Other notable long-standing CEOs in the ranking include Amazon’s Jeff Bezos whose popularity took a dent since his high-profile divorce last year, causing his rank to tumble from 1st place to 55th place in the Brand Guardianship Index 2020. CEO of Capital One, Richard Fairbank, has been at the helm of the bank since its Initial Public Offering in November 1994 and has served as the Chairman and CEO since February 1995. He is awarded a Brand Guardianship Index score of 48.5 out of 100.

“When we think of visionaries we think of Henry Ford, Walt Disney, Bill Gates, Richard Branson, Jack Ma, Enzo Ferrari, Elizabeth Arden, Laura Ashley and Jeff Bezos – leaders who have achieved a true balance of vision and inspiration. But all had the benefit of founding as well as leading their brands. Some founding CEOs have done well in our Brand Guardianship Index 2020 as we see 14% of the CEOs are both founders and CEOs.”

The sole representative from the United Arab Emirates is Group CEO for Abu Dhabi National Oil Company (ADNOC) H.E. Dr. Sultan Ahmed Al Jaber, who is a new entrant into this year’s Brand Guardianship Index. Since taking the helm in 2016, H.E. Dr. Al Jaber has overseen a significant business transformation, unifying ADNOC’s operating companies under a single corporate brand, driving efficiencies to stretch the value of every barrel of oil produced, helping the company to raise more than $19 billion over the past three years through the Group’s innovative global partnerships strategy and embedding digital technology initiatives across the organization to improve performance.

Also from the Middle East, CEO of Saudi Aramco Amin Nasser has entered the Brand Guardianship Index for the first time this year. Nasser is at the helm of the world’s largest publicly traded company as the Saudi Arabian oil brand raised US$25.6 billion through the world’s biggest IPO in early December 2019 and shares of the giant oil producer started trading on the Riyadh stock exchange. During a company career that spans more than three decades, Nasser is overseeing a strengthening of Aramco’s upstream leadership position by expanding its presence in the downstream and chemicals segments of the petroleum value chain, with significant investments and joint-venture partnerships in the Kingdom as well as a number of overseas markets.

Bajaj introduced the debate saying that in a world being disrupted by technology and awash with over-communication, the importance of a CEO creating strong brands is greater than ever. For us, purpose and profitability are two sides of the same coin. A good purpose drives our employees to create profitability and the profitability channels back into the realization of the purpose.”

David Haigh, CEO of Brand Finance told delegates during the World Economic Forum session at the TCS Dome that “There is a direct inverse relationship between the amount a CEO gets paid and the strength of the brand. On average, they get $4.5 million less as a result of working for a great brand.”

Nicolas Georges Trad, co-founder of the Reputation Institute, whose data is used in the Brand Guardianship Index report, said it is vital that CEOs are held accountable for delivering on a company’s purpose. “Tying pay to purpose is essential”, he said.

Becky Frankiewicz, CEO, North America, Manpower Group contributed to the panel suggesting that “the need for a leader to build brand reputation is leading to a major rethinking of the entire purpose of companies”.

Adil Zulkifli, CEO of Malaysian oil and gas brand, PETRONAS’ upstream business had an interesting take on the issue, suggesting that “moving to a sustainable future is a given” in his company’s thinking and the role of the CEO is central to driving that forward.

Neo4j Marks Another Year of Product, Customer and Community Momentum 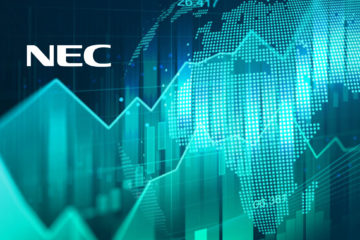 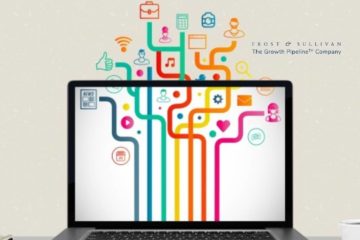 Frost & Sullivan Presents a Strategic Framework for a Blockchain-Enabled World 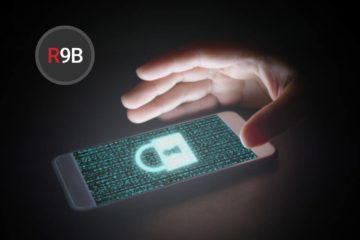 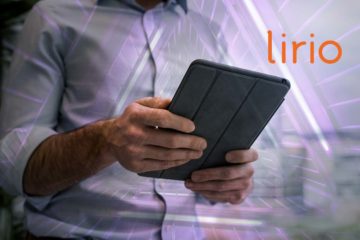 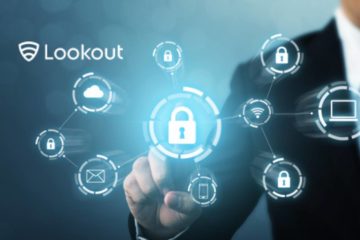