What is Google's OpenTitan Project?

What is Google’s OpenTitan Project and How it Could Transform Silicon-Making Process?

Microprocessors are under a perennial mode of attack from cybercriminals. Chip data security has become a hot topic of discussion for telecom and the connected device hardware industry. We are living in an era where consumer data privacy is the most important currency for every business. From Electronics to OEMs to Government agencies, chip security has become a priority, and a symbol of definite sophistication to ward off cybercriminals.

The data security is only a good as your chip design. To fortify the silicon building process, Google has announced its ambitious and most-cutting edge technology undertaking– the OpenTitan Project. The foundation of the OpenTitan Project lies with securing silicon infrastructure for the highest levels of integrity, transparency, and trust. All this is rolled into Google’s custom-built “special-purpose chip”.

What is Google’s OpenTitan Project?

OpenTitan is the first open-source silicon root of trust (RoT) project. It is intended to deliver a high-quality RoT design, in addition to providing the basic integration guidelines for use in data center servers, storage, peripherals, and much more. In an era of open source solutions, Google understands the importance of leveraging the open community to build a secure, transparent chip-building platform.

Not long ago, it was a straight-forward guess to evaluate the biggest consumers of chip-based products. Computers, smartphones, and gaming processors. But today, we have a diverse range of connected devices and IoT-based appliances (including wearable – Fitbit that Google just acquired) that make the chip-based market so much more dynamic… And, prone to data invasions.

Google’s step toward securing silicon data is praise-worthy. OpenTitan’s effort to improve Silicon RoT can “help ensure that the hardware infrastructure and the software that runs on it remain in their intended, trustworthy state by verifying that the critical system components boot securely using authorized and verifiable code.”

Silicon RoT holds the progression through chip-based appliances to a much more advanced ecosystem of secured Quantum Computing gadgetry. It could prevent not only low-code malware but also boost the adoption of Blockchain and Cryptography techniques to verify the origin, operation and final outcome of illegitimate invasions. These add a shield of protection to every chip through tamper-proof encryption, and other trust-worthy RoT systems — the mother of all hardware and software developments for the future.

Royal Hansen predicts, “Recognizing the importance of anchoring the trust in silicon, together with our partners we want to spread the benefits of reliable silicon RoT chips to our customers and the rest of the industry. We believe that the best way to accomplish that is through open source silicon.”

Who Partnered with Google for OpenTitan Project?

Google has placed its trust in an independent NGO to manage the project. The organization — lowRISC CIC will provide a full-stack Engineering team based in Cambridge, UK. The partnership includes technical support, and advisory from ETH Zurich, G+D Mobile Security, Google, Nuvoton Technology, and Western Digital.

OpenTitan Project is inviting an open-source community to participate in the security revolution for chip builders. OpenTitan will be available to chip manufacturers, platform providers, and security-affiliated enterprises and government organizations that want to enhance their infrastructure with silicon-based security.

What Does the OpenTitan Project Commit to Chip Building Ecosystem?

The motive of the project is raising the transparency and security bar. Open source silicon, like Cloud and SaaS communities, is fast catching the attention of businesses globally.

The OpenTitan Project commits to –

Read More: What Is NVIDIA Jetson Nano And How It Jump-Starts AI Robo Projects?

It will be driven by three pillars of Transparency – Quality – Flexibility.

The TQF principle will enable RoT Engineering and Analyst teams to openly inspect, evaluate, and contribute to OpenTitan’s design and documentation. It will help the silicon open community to build more transparent, trustworthy silicon RoT for all.

5 Industries that may be Directly Benefited by OpenTitan Project

To participate in our stories, write to us at info@aithority.com 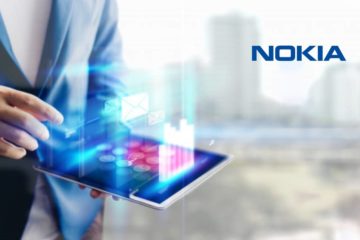 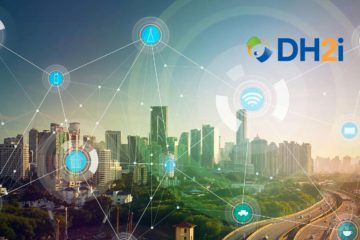