The Harmony Express universal remote control is the next step for Logitech’s home entertainment controls which the company is launching pre-integrated with the Amazon Alexa. The addition allows Logitech’s designers to completely rethink the Harmony experience. The device is available now in the US at Amazon and Logitech’s online stores. The product will be available soon on BestBuy and BestBuy.com. Although, an active Amazon account is needed to use this device, owning an Amazon Prime subscription is not mandatory.

Harmony Express does not use the same application as its predecessors, the new app being available on both, Android and iOS. The remote can be synced with far-field devices such as Amazon Echo for better control of television entertainment systems. This facilitates a better Television viewing experience for owners that have a range of devices such as a cable Television, an Apple TV and a Microsoft Xbox.

“It’s quite a bit different from the previous Harmonies, as there are quite a bit fewer buttons,” said Ian Crowe, director of products for Harmony at Logitech, in an interview. “It’s much simpler, yet has many of the same capabilities of the previous ones. We accomplish that by putting Alexa directly into the product itself. That avoids confusion and headaches. People want a consistent experience across all their TV watching and entertainment needs. But having Alexa built into the remote allows us to then have control of these things in a much more seamless way. You can simply say, turn on the TV while pressing the Harmony Express button. You can also say, switch to Apple TV. Logitech’s Harmony app, with your help, can figure out which input source goes with which device. So if your cable TV service is available on HMDI 1, then Harmony Express will switch to that input as you command it to do so with your voice.” AccuWeather, Plume Labs Partnership to Put Users of Popular, Free App in More Control of Their Health and Wellbeing 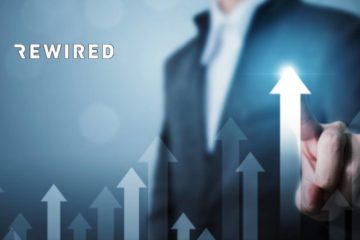