Founded in 2016, Rasa is a Berlin-based start-up which is developing an infrastructure layer to support conversational AI. The investors are –

Including the $1.1 million, Rasa received in a seed round in the summer of 2018, the grand total of the company’s funding adds up to $14 million.

Rasa’s CEO, Alex Weidauer said, “Rasa is building the standard infrastructure layer for conversational AI that allows all developers to create the best text and voice-based AI assistants. Our tremendous growth in our open source community shows the appetite of developers for our tools across industries and use cases.”

Rasa’s forte is building tools for developers so that they can enhance text as well as voice-based assistants and bots. Rasa’s Stack framework helps in automating conversations in enterprise-tailored Information Technology Infrastructures. Moreso, these environments can be on-premises or on the cloud and companies have full ownership of the data that Rasa utilizes to get results. Rasa Platform, its other flagship product, helps businesses easily deploy and scale Intelligent assistant solutions that are built on the Rasa Stack.

Accel partner Andrei Brasoveanu said, “Automation is the next battleground for the enterprise, and while this is a very difficult space to win, especially for unstructured information like text and voice, we are confident Rasa has what it takes given their impressive adoption by developers. Existing solutions don’t let in-house developer teams control their own automation destiny. Rasa is applying commercial open source software solutions for AI environments similar to what open source leaders such as Cloudera, Mulesoft, and Hashicorp have done for others.”

The company’s target landscapes are customer service, sales, and marketing in industries such as –

The company also proudly boasts of ‘thousands’ of developers who have downloaded their stack product over half a million times.

Recently, Adobe leveraged the Rasa stack to build an AI assistant functioning out of natural language commands so that users can search for –

Adobe’s  Director of Software Development Brett Butterfield said, “Finding the right photo on Adobe Stock can prove time-consuming, with over 100 million images alone. We wanted to give our users an AI assistant that lets them search with natural language commands. We looked at several online services, and, in the end, Rasa was a clear choice because we were able to host our own servers and protect our users’ data privacy. Being able to automate full conversations and the fact it is open source were key elements for us.” 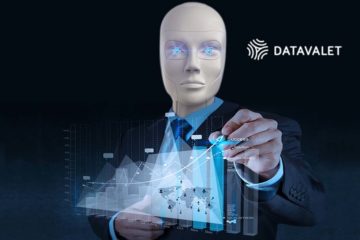