Siri Might Get Smarter as Apple Acquires ML Startup Laserlike

Siri Might Get Smarter as Apple Acquires ML Startup Laserlike

Apple’s acquisition of Laserlike, a Machine Learning start-up happened sometime last year. To the business world, it’s a mystery what may have stopped Apple from declaring the purchase. The news came out recently when Apple tapped a certain-publication and informed them about the same. Evidently, as Laserlike operates in the Machine Learning sphere, Apple would very much like to leverage this and fix its voice assistant, Siri.

Laserlike’s previous work was using Machine Learning to gather and process large amounts of data and deliver it as inputs to Applications. So, when users inputted their interests in an application in simple language, Laserlike’s technology was instrumental in getting back precise results for the user. Application users could then browse through these as news pieces or share them on their Social Media Channels. Moreso, users received suggestions for similar Apps/sites based on browsing habits, all thanks to Machine Learning.

Apple wants to replicate the same use case for Siri — iOS’ Voice Assistant that is not as perfect in gathering information from the web as it is in other areas. Some information that users search for on Siri brings up absurd results and responses, something that Apple takes a serious threat to its reputation. The Smartphone giant knows that Siri’s problems are mainly due to language Parsing and recognition and that a better version of web canvassing can be a permanent fix to this otherwise complex problem.

Apple needs to fix it at the earliest too! With brands such as Samsung dishing out highly competitive products, a feature as critical as Siri needs to be repaired. Laserlike’s Machine Learning can also help Apple to revive a pre-existing feature, that of auto-populating critical information, pre-gathered for the user according to his phone usage habits.

From the past few months, Apple has been hell-bent on leveraging AI. They acquired Silk Labs recently, that uses AI for privacy. Apple is also looking out for an agent that may collate all of Siri’s issues and present them to its executives.

How to Launch an E-Commerce Business

20 Million Vehicles Shipping in 2023 Will Come Equipped with Amazon Alexa, Google Assistant or Both 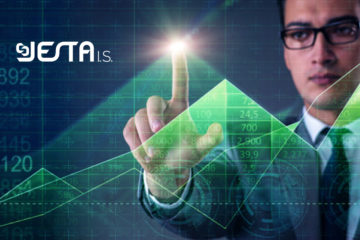