CCTV is China’s largest broadcast network, with 50 channels providing content worldwide. The Network Spring Festival Galabegan airing in 2011, as a reflection of the rapidly accelerating digital and technological infrastructure of the country, allowing people to enjoy celebrations online, through their mobile device, and through interesting integration of new media styles like livestreams. The four hosts for this year’s Network Spring Festival Gala include Beining Sa(撒贝宁), Xun Zhu (朱迅), Bo Gao (高博), Yang Long (龙洋) – each of whom will be hosting the show alongside their digital twin, courtesy of ObEN’s Personal AI (PAI) technology.

ObEN’s technology is particularly well-suited for the entertainment space, as celebrities and studios look for new ways to engage viewers and fans in more personalized and unique experiences. The PAIs that ObEN creates can be made to look and sound like anyone in the world. Powered by AI, these avatars can sing in your voice, mimic the latest viral dance, and even let celebrities interact with fans through mobile devices and have conversations that can mimic real-life exchanges.

CCTV highlighted the versatility of ObEN’s technology in an accompanying WeChat mini-app for the Gala. Viewers who download the app can use any of the four PAI hosts to send personalized New Year’s greetings to friends and family. The celebrity PAI will then deliver a video greeting to the recipient wishing them a happy and prosperous New Year. Similar to viral videos of celebrities recording personalized voicemail greetings for fans, this will allow all of CCTV’s viewers to enjoy interacting with the celebrity hosts in their own home, as well as spread cheer and happiness to loved ones worldwide through the power of digital technology. This makes the PAI’s a perfect fit for this year’s Gala theme – “Bringing the Love Home” – using technology to bring good tidings of the New Year across homes, cities, even countries.

“Participation in the Network Spring Festival Gala is an incredible honor for ObEN,” said ObEN COO and co-founder Dr. Adam Zheng. “The human hosts for the program represent some of the best talent in broadcast, and we are very excited to have our PAI (Personal AI) avatars stand alongside them to help people ring in the Lunar New Year.”

Given the rapid growth of the AI sector in China, and the country’s focus on developing and nurturing advanced AI technology, CCTV sought to reflect the importance of AI in this year’s Gala. ObEN’s PAI was an ideal way to demonstrate how AI and humans are sharing the stage in the world’s most populous nation.

ObEN was selected to provide technology for the event after working on a series of successful celebrity partnerships last year. Known in China as – roughly translating to “Celebrity Crew” the company recently released an industry-first Human/PAI duet music video with SNH48, a popular female idol group. In addition, it had previously been tapped to create PAIs of famous actress Dai Chunrong as well as renowned entrepreneur Adrian Cheng, founder and Chairman of K11, for both entertainment and retail experiences. 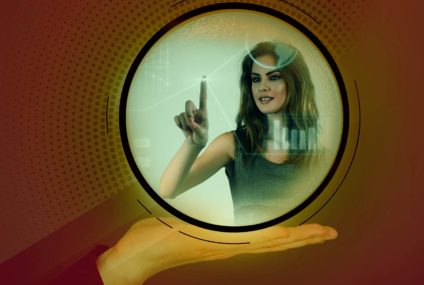