“SpeeDx is uniquely positioned in the sexual health diagnostics space, with technology and tests that can inform treatment decisions,” said Dr. Rubin. “We are excited about the impact they are having now, in Europe and Australian markets, and we look forward to what we can achieve together with the current investors as we look to expand the offered test menu and prepare for the U.S. launch.”

The flagship test from SpeeDx, Resistance Plus MG – detecting the sexually transmitted infection (STI) Mycoplasma genitalium, also known as Mgen or MG, and genetic markers linked to macrolide antibiotic resistance – is currently in clinical trials in preparation for submission to the U.S. Federal Drug Administration (FDA) later this year. SpeeDx recently announced the same test will soon be available in Europe on the Cepheid GeneXpert® System as part of their FleXible Cartridge program.1 ResistancePlus MG is currently sold to central testing laboratories across Europe and throughout Australia and New Zealand and is considered the standard of care, in-line with guidelines worldwide,2-4 supporting Resistance Guided Therapy for Mgen infected patients, where resistance to front-line azithromycin treatment averages 40%.5,6

Additional tests in the SpeeDx portfolio include the recently CE-IVD and TGA registered ResistancePlus® GC – for detection of gonorrhoea infection and markers linked to susceptibility to ciprofloxacin. Clinicians have enthusiastically welcomed the availability of this test, keen to move beyond detection-only tests and empiric treatment. British gonorrhoea guidelines are the first to move to a Resistance Guided Therapy model, calling for preferential treatment with ciprofloxacin if susceptibility status is known.7 Using ResistancePlus GC for gonorrhoea diagnostics could support clinicians to treat up to 70%8-11 of infections with ciprofloxacin, protecting our last effective antibiotic – ceftriaxone – from overuse and the rising threat of antibiotic resistant strains.

“SpeeDx is growing rapidly and our tests are having a real impact on the clinical management of STIs around the world,” said Colin Denver, SpeeDx CEO. “With this additional support from Northpond, we can ensure financial readiness for the work ahead; we’re very happy to have them on board.” 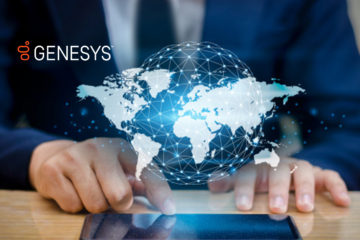