Alluxio, developer of the world’s first software system that unifies data at memory speed, announced that it has joined the Cloud Native Computing Foundation (CNCF), further demonstrating its commitment to supporting and promoting open cloud native technology and expanding its collaboration with the CNCF community on future development. In addition, Alluxio named Bin Fan, a company founding engineer and a leading contributor to the open source Alluxio project, as Vice President of Open Source.

“The rapid adoption of containers and orchestration technologies like Kubernetes as the de-facto standard for managing workloads and services in public, private and hybrid cloud environments has led many Alluxio users to deploy workloads in orchestrated containerized environments,” said Haoyuan Li, CEO and founder of Alluxio. “We solve the data locality challenges that come with cloud environments by bringing data closer to compute in containerized environments orchestrated by Kubernetes. By naming Bin Fan to a new global community role, we are doubling down on our commitment to open source, open cloud and the developer community with the goal of accelerating adoption of both Alluxio and Kubernetes.”

“We are pleased to welcome Alluxio to the CNCF,” said Chris Aniszczyk, COO at The Cloud Native Computing Foundation. “Alluxio brings critical insights to CNCF around large, scale out deployments in financial services, Internet and e-commerce in the Asia market and in the United States.”

Fan, a founding engineer at Alluxio, worked previously at Google and won Google’s Technical Infrastructure award. He holds a PhD in Computer Science from Carnegie Mellon University. In his new role at Alluxio, Fan will host monthly developer webinars, write blogs and white papers, speak at conferences and serve as the company’s liaison to Alluxio contributors around the world.

Today’s appointment of Fan as Vice President of Open Source and Community and Alluxio joining CNCF comes a week after the company announced its largest release of open source software to date, Alluxio 2.0.

For more information on Alluxio and our commitment to the open cloud, please visit: 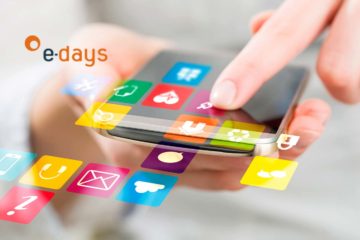