These are a few of the diverse capabilities coming to cloud users with NVIDIA T4 Tensor Core GPUs now in general availability on AWS in North America, Europe and Asia via new Amazon EC2 G4 instances.

The software platform is optimized for a rich set of applications, including NVIDIA cuDNN for deep learning, NVIDIA RAPIDS for data analytics and machine learning, NVIDIA Quadro Virtual Workstation for cloud workstation graphics, and NVIDIA GeForce for cloud gaming. The software stack also includes a wide selection of APIs, CUDA and domain-specific CUDA-X libraries such as TensorRT, NCCL, OptiX and Video Codec SDK.

“We focus on solving the toughest challenges that hold our customers back from taking advantage of compute-intensive applications,” said Matt Garman, vice president of Compute Services at AWS. “AWS offers the most comprehensive portfolio to build, train and deploy machine learning models powered by Amazon EC2’s broad selection of instance types optimized for different machine learning use cases. With new G4 instances powered by T4 GPUs, we’re making it more affordable to put machine learning in the hands of every developer.”

Do More AI for Less

NVIDIA T4 is a second-generation Tensor Core GPU, a reinvention of the GPU that achieves the highest performance for AI applications while maintaining the programmability of CUDA.

And through our recently announced partnership with VMware, VMware Cloud on AWS customers will soon gain access to a new, highly scalable and secure cloud service consisting of Amazon EC2 bare metal instances to be accelerated by NVIDIA T4 GPUs and our new NVIDIA Virtual Compute Server (vComputeServer) software.

Businesses will be able to use this enterprise-grade hybrid cloud platform to accelerate application modernization. They’ll be able to unify deployment, migration and operations across a consistent VMware infrastructure from data center to the AWS cloud in support of the most compute-intensive workloads, including AI, machine learning and data analytics.

The long-sought holy grail of computer graphics, real-time ray tracing delivers the most life-like scenes. Designers and artists can create content in a new way with real-time photorealistic rendering, AI-enhanced graphics, and video and image processing.

Deploying a virtual workstation with AWS is easy and fast, taking less than five minutes. Just visit the AWS Marketplace and select the NVIDIA Quadro vWS machine image and the G4 instance, which is available on Windows Server 2016 and Windows Server 2019.

The Turing architecture that powers the T4 also brings NVIDIA’s gaming prowess to AWS, enabling the most demanding games to be rendered and streamed using the GPU’s hardware encoder engine, which is programmable with the Video Codec SDK.

Game publishers can build their own cloud-gaming instances based on the latest NVIDIA technology and make their entire catalog of PC titles available to gamers on nearly any device.

Gamers can enjoy all the latest titles at fast, fluid frame rates at high resolutions — without ever needing to worry about hardware upgrades or updating drivers or game patches.

Clarifai, Electronic Arts, GumGum and PurWeb are among the initial customers using Amazon EC2 G4 instances to take advantage of the compute-versatility and performance of NVIDIA T4 for running a wide diversity of compute-intensive workloads at scale. As a result, both are providing powerful services while reducing costs to build and deploy these services to their own customers.

In coming weeks, G4 instances will also support Amazon Elastic Inference, which allows users to add GPU acceleration to any Amazon EC2 or Amazon SageMaker instance for faster inference at a much lower cost — up to 75 percent savings. 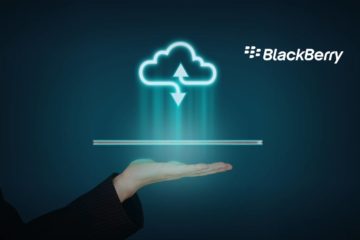 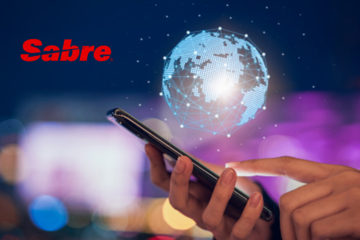 Sabre Names Karl Peterson Non-Executive Chairman of the Board