“Google Cloud Platform (GCP) has a growing presence in Japan and we’re excited to partner with Google. This new GCP Tokyo region for Elasticsearch Service will give Japan customers a SaaS-first solution for their search, logging, APM, business analytics, infrastructure monitoring, security use cases and more.”

“The cloud is critically important for large organizations and SMBs in Japan as companies modernize their IT environments from on-premises, traditional data centers to deploy applications and services in public clouds,” said Tom Kawasaki, Elastic Japan Country Manager. “Google Cloud Platform (GCP) has a growing presence in Japan and we’re excited to partner with Google. This new GCP Tokyo region for Elasticsearch Service will give Japan customers a SaaS-first solution for their search, logging, APM, business analytics, infrastructure monitoring, security use cases and more.”

Existing users can start using the GCP Tokyo region on Elasticsearch Service immediately. New users can sign up for a free 14-day trial to try it out.

All the features you love, now closer to you and your users

“As a GCP partner as well as an Elastic partner, we’re extremely excited to start using the Elasticsearch Service on the GCP Tokyo region. The gaming industry and other industries in Japan will greatly appreciate this announcement,” said Yusuke Hasegawa, president and CEO of grasys Inc.

With the launch of the GCP Tokyo region on Elasticsearch Service, we are also excited to continue deepening our existing partnership with Google Cloud. Our next new GCP region will be launching in Sydney, Australia.

“Google Cloud and Elastic are both committed to the open source community and are excited to announce the expanded availability of Elastic Cloud in GCP’s Tokyo region, and unified billing, coming soon. This brings simplicity and speeds up the time to value realization for joint customers,” said Masato Takahashi, Director, Partnerships, Google Cloud Japan.

More native GCP integrations are on the way

“Our multi-year partnership with Google Cloud keeps getting stronger. New regions like Tokyo and Sydney, seamless access to the Elasticsearch Service through the Google Cloud Platform Console, and billing through Google Cloud, which is targeted for release this August, are all examples of our mutual investments to create a great user experience in the cloud,” said Craig Griffin, Vice President of Business Development at Elastic.

Elasticsearch Service will be a Managed Partner Service (MPS) discoverable in the main GCP Console where native Google services are provisioned. Lifecycle operations such as creating, scaling, configuring, and re-configuring can be accomplished using familiar GCP-style workflows.

GCP customers will soon be able to provision Elasticsearch Service through GCP Marketplace and have it count 100% towards their existing committed spend.

Get started with Elasticsearch Service in GCP Tokyo

Existing Elasticsearch Service users can simply log in and select the new GCP Tokyo region when creating a deployment. If you are looking to migrate self-managed workloads, check out our documentation, with more details in this webinar. We strive to make migration as simple as possible and are focused on making it even better for our customers with every release. 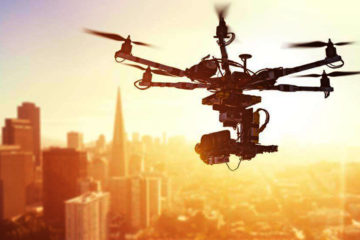 AirWorks Reveals the Top Reasons to Buy a Drone in 2020

Top 2019 Global Workforce Predictions from The Workforce Institute at Kronos