ExtraHop Integrates with AWS to Automate Response and Forensics


ExtraHop, the leader in cloud-native network detection and response, announced a new integration with Amazon Web Services (AWS) that automates the isolation of compromised Amazon Elastic Compute Cloud (EC2) instances and empowers security operations teams to create a wide range of customizable response automations, from quarantining and blocking to ticketing and tagging. Alongside the new automation capability, ExtraHop Reveal(x) Cloud now offers continuous packet capture in AWS. That reduces the amount of time, effort, and money required to perform packet-level analysis while providing security teams with the forensic detail they need to get to root cause or to fulfill chain-of-custody requirements.

Response automation is considered the holy grail for many security operations, allowing teams to snuff out threats before they further infiltrate or damage the organization. But when done at a tool level instead of a system level, response automation too often results in devices being quarantined or systems being shut down based on unreliable data or incomplete information. Lengthy investigation time compounds the challenge, leaving critical systems idle until the threat can be remediated, and potentially resulting in business downtime and lost revenue.

“Though AWS supports strong controls, companies are responsible for securing their own workloads, which is a daunting task with the current cybersecurity skills shortage and nascent cloud security market,” said Jesse Rothstein, CTO and co-founder, ExtraHop. “Our Reveal(x) solution provides SecOps teams with advanced visibility, detection, and response for hybrid environments. We are constantly working to expand our capabilities, and this integration with AWS is another step towards winning the arms race in enterprise security.” 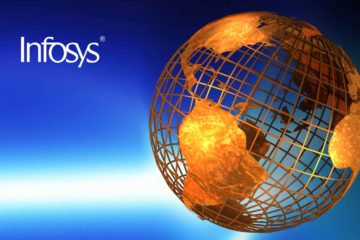 Infosys Positioned as a Leader in Gartner’s Magic Quadrant for IT Services for Communication Services Providers, Worldwide

ACADEMY TOKEN: A Crowdsale to Ensure the Future of the Blockchain

AI in Recruitment: Welcome to the Realm of Uncertainty