Formula 1 Works with AWS to Develop Next Generation Race Car

Formula 1 Works with AWS to Develop Next Generation Race Car

Amazon Web Services, Inc. (AWS), an Amazon.com company (NASDAQ: AMZN), and Formula One Group (Formula 1) have completed a Computational Fluid Dynamics (CFD) project to simulate the aerodynamics of cars while racing, carrying out detailed simulations that have resulted in the car design for the 2021 racing season. The CFD project used over 1,150 compute cores to run detailed simulations comprising of over 550 million data points that model the impact of one car’s aerodynamic wake on another. Using the unmatched scalability of AWS, Formula 1 was able to reduce the average time to run simulations by 70 percent – from 60 hours down to 18. The project ran for six months using Amazon Elastic Compute Cloud (Amazon EC2) c5n instances and delivered performance equivalent to that of a supercomputer, for a small fraction of the cost.

Increasing excitement for fans, by enabling closer, wheel-to-wheel, racing, was at the core of the project. For Formula 1 cars, the downforce generated by their aerodynamics is the single largest performance differentiator, helping a car travel faster through corners. The current generation of cars suffer a loss of downforce when they are running close to one another, reducing a drivers’ ability to sustain close racing and increasing the difficulty of overtaking. Currently, a car running one car length behind another loses up to 50 percent of its downforce. To reduce this downforce loss, F1 used AWS to look closely at how the aerodynamics of cars interact when racing in close proximity. These simulations looked at cars in common racing situations and the results have driven the changes to the proposed 2021 car design. With the insights gained from these simulations, Formula 1 has been able to design a car with only 15 percent downforce loss at the same, one car length distance. The resulting car will feature a brand new bodywork design with a new front wing shape, simplified suspension, new rear end layout, underfloor tunnels, wheel wake control devices, and will run on 18-inch wheels with low profile tyres for the first time.

CFD simulates the impact of a liquid or gas on an object and requires extensive compute capacity to perform this kind of simulation, requiring high performance computing (HPC) clusters to do the job. However, running HPC clusters on-premises requires considerable upfront capital expenditure, lengthy procurement cycles, and regular hardware refreshes to avoid obsolescence. AWS provides the most elastic and scalable cloud infrastructure to run HPC applications. With virtually unlimited capacity, engineers and researchers can innovate beyond the limitations of on-premises HPC infrastructure. To complete the CFD work, Formula 1 used AWS ParallelCluster on Amazon EC2 to run the OpenFOAM CFD framework, and Amazon Simple Storage Service (Amazon S3) for data storage. Leveraging the scalability of the cloud, Formula 1 was able to run CFD simulations on core counts much larger than they were previously able to execute. The increased speed with which the aerodynamics team could run detailed, two car turbulence simulations on AWS meant they could increase the number of car designs they could investigate from one to five per week. Moving forward, there are plans to expand the application further, up to 2,300 cores, and to introduce AWS Machine Learning (ML) tools, such as Amazon SageMaker, to allow ML technologies to help with the design and further optimize the performance of the car.

“This project with AWS was one of the most revolutionary in the history of Formula 1 aerodynamics,” said Pat Symonds, Chief Technical Officer of Formula 1. “Nobody designs a car to come in second, but for this CFD project we were looking at how cars perform in the wake of another, as opposed to running in clean air. We have been able to use AWS technologies to understand the incredible aerodynamic complexities associated with multi-car simulations, and are pleased that the results indicate we have made excellent progress towards our aims of closer racing.”

“Customers are using AWS for CFD projects to design everything from aircraft to medical devices, so it is exciting to now be part of the design of the next generation of racing cars,” said Matt Garman, Vice President of Compute Services at AWS, Inc. “The work Formula 1 is doing with CFD is at the leading edge of cloud usage and we are always amazed at the fascinating way that they are utilising our technologies to increase the performance of their sport and the experience they give fans. As CFD work with Formula 1 continues, we look forward to seeing the resulting car and are excited to see it on the track in 2021.” 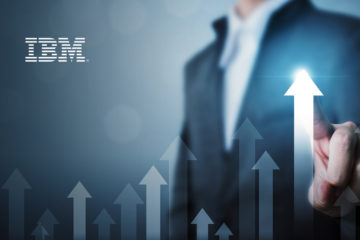