Mellanox Sold to Nvidia for $6.9 Billion

Mellanox Sold to Nvidia for $6.9 Billion

In a joint statement from Mellanox and Nvidia, the companies announced that they have reached a common consensus wherein Nvidia will fully acquire Mellanox for a whopping $6.9 billion. The acquisition means –

At $125 per share, Nvidia will shell out $6.9 billion to wholly acquire the company. The buy-out is merging two of the biggest names in high-performance computing. Currently, both companies have an impressive list of clients and projects that include almost every major Cloud provider and Computer manufacturer. Also, these two leaders power 250 of the TOP500 Supercomputers in the world.

Modern-day workloads have changed the equation for requirements pertaining to compute power. Hence workloads for fields such as AI, Science, and data analytics is putting enormous pressure on enterprise data centers. While these demands rise, the progress of the CPU is limited. Here is where the acquisition will bring about the biggest change — allowing enterprises to take on challenges that need exceptionally superior Information Technology Infrastructure. Together, Mellanox and Nvidia will build tomorrow’s data centers to replicate ginormous compute foundries.

“The emergence of AI and data science, as well as billions of simultaneous computer users, is fueling skyrocketing demand on the world’s data centers,” said Jensen Huang, founder, and CEO of NVIDIA. “Addressing this demand will require holistic architectures that connect vast numbers of fast computing nodes over intelligent networking fabrics to form a giant datacenter-scale compute engine.

“We’re excited to unite NVIDIA’s accelerated computing platform with Mellanox’s world-renowned accelerated networking platform under one roof to create next-generation datacenter-scale computing solutions. I am particularly thrilled to work closely with the visionary leaders of Mellanox and their amazing people to invent the computers of tomorrow.”

“We share the same vision for accelerated computing at NVIDIA,” said Eyal Waldman, founder, and CEO of Mellanox. “Combining our two companies comes as a natural extension of our longstanding partnership and is a great fit given our common performance-driven cultures. This combination will foster the creation of powerful technology and fantastic opportunities for our people.”

Mellanox is a proven leader in high-fidelity interconnecting technology with its flagship products such as InfiniBand and Ethernet powering multitudes of supercomputers and data centers. Hence, Nvidia will leverage Mellanox for optimization of an entire technology stack.

Among the many achievements of both the companies from their long-run of innovating together, Sierra & Summit, the two supercomputers used by the U.S. Department of Energy are commendable.

Mellanox which is based in Israel, helps Nvidia enter a very critical technology market. 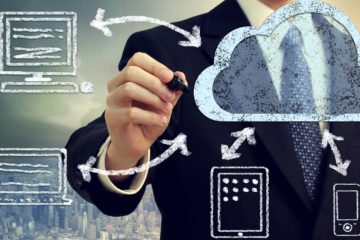 Hmmm, So Google Cloud Platform Earned The Company $8.92 Billion As Revenues In 2019

McDonald’s to Acquire Dynamic Yield, Will Use Decision Technology to Increase Personalization and Improve Customer Experience