“Studies show that roughly 50 percent of a software developer’s time is spent debugging. OzCode’s DaaS solution reduces that time significantly and makes it possible – for the first time – for coders to find the problematic source code easily and quickly,” said Omer Raviv, Co-founder and Chief Technology Officer of OzCode. “Our goal is to drastically reduce the amount of time spent on debugging, and thereby improve the lives of our fellow developers.”

With product features supported and tested by a community of outside developers and engineers, OzCode was first created as an integrated development environment (IDE) extension for Visual Studio, now used by more than 1,000 customers and 5,000 developers. The next release of OzCode’s Azure DevOps will provide more robust production debugging capabilities and integrate with any developer, on any cloud.

“OzCode creates amazingly powerful debugging experiences that save countless debugging hours,” said Mattias Karlsson, Technical Fellow and Microsoft Azure MVP. “It helps me as a developer gain a deep understanding of the root cause of every bug and makes sure that I can provide the best possible fix for it. I am excited to see them bring this new, much-needed innovation into the production debugging and DevOps space.”

“OzCode has clearly taken the DevOps experience to an entirely new level,” said Kobi Katz, VP and CIO at Rafael. “By revolutionizing the role of the DevOps community and facilitating far better and more frequent software launches, OzCode puts the developer’s focus on innovation rather than the tedious task of fixing bugs. This ultimately produces direct and significant business results for OzCode customers.”

“During the due diligence process, we were thoroughly impressed with what the OzCode team has managed to achieve to date. With only little in the way of capital or human resources, the company had obtained a cult-like following of thousands of developers who’ve seen their daily routine dramatically improve by using OzCode’s technology,” said Guy Yamen, Managing Partner at TPY Capital.

Following the round, Yaron Elad and Kobi Katz from RDC, and Guy Yamen from TPY Capital will join OzCode’s Board of Directors. 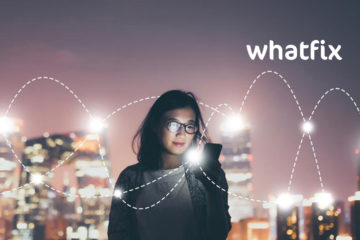