The OCP Foundation, initiated by Facebook in 2011, has more than 200 board members including Google, Microsoft, Intel, and IBM, and more than 7,000 enterprises have participated in community activities. In 2018, the purchase value of non-board members of OCP grew over 120% to reach US$2.56 billion, and the figure is expected to exceed US$10.7 billion by 2022.

At the event, Steve Mills, OCP rack and power project team leader, offered a systematic introduction of the latest Open Rack 3.0 rack-scale server specifications. Open Rack is the most influential standard project in the OCP community. Currently, Open Rack 2.0 is widely used by Internet companies and telecom operators, but it runs into physical limitations in power supply and heat dissipation that are hard to tackle to further improve performance density. OCP developed Open Rack 3.0 to address this. Compared with its predecessor, Open Rack 3.0 incorporates a fluid cooling feature, elevates the rack-scale power to 15-33KW and adds support for the 48V DC power supply, further enhancing energy efficiency. In addition, the rack height is increased from 41OU to 44OU, improving space utilization. The internal structure is also adjusted to reserve space for extension of I/O, storage and other standalone features. The standard is awaiting approval and not yet released.

Integration of edge and open computing

In the 5G era, operators will build business platforms on the network edge in proximity to users, and decentralize key business applications to the network edge to reduce bandwidth and delay loss caused by network transmission and multi-level forwarding.

The OCP community has established an Open Edge Technical Subgroup in the Telecom Project Group, with the hope of developing a set of open standards for hardware facilities such as edge computing servers. Nokia, a leader of the subgroup, has contributed the Open Edge Chassis Specification v1.2 standard. Tomi Männikkö, head of Nokia’s Hardware Architecture Department, said in his speech at the event that the basic deployment unit defined in this standard is a 3U chassis with a width of 19 inches and a depth of 430mm, which supports 1U and 2U expansion nodes with half width, 1/4 width, and full width. With a maximum supply power of 2000W, the chassis supports both AC and DC power supply modes and is compatible with various deployment environments such as edge computing and remote edge computing.

Inspur also showcased two edge computing servers, both 2U two-socket servers with a depth of 430mm. With a wide temperature and humidity range and high corrosion resistance, they support GPU and NVM-e and have undergone NUMA balance optimization for telecom applications.

The boom of AI has boosted the development of heterogeneous acceleration solutions for applications such as deep learning, machine learning, and high-performance computing. Accelerator hardware systems pose high technical challenges and design complexity – it usually takes 6 to 12 months to integrate accelerators into the system. The long development cycle hinders the rapid adoption of new AI accelerators.

Different heterogeneous solutions share the same requirements, including supply/cooling, resilience, availability, manageability, internal I/O interaction, and external scalable I/O links. The OCP community established the OAI (Open Accelerator Infrastructure) team under the server project team to develop the OAM (OCP Accelerator Module) specifications which serve to standardize accelerator modules, streamline AI infrastructure designs, and shorten hardware design cycles. According to the OAI project lead, it is fast and easy for an enterprise to develop an AI solution, but difficult to develop an ecosystem independently, in which case joining OCP would be a good choice.

OCP is building the next-generation data center management architecture, and the mission of the community’s Open Firmware project team is to develop agile, open, and standard firmware design specifications to meet the development needs of the next-generation cloud computing infrastructure. The project team is developing open-source kits that include only the most basic platform code to identify white-box hardware, while using Intel® FSP to develop a white-box hardware system that is deployable and bootable to shape an Open Firmware ecosystem integrating both software and hardware.

OpenRMC, another project team in the community, is working on the integration of OpenBMC and Redfish a standard slated to replace IPMI for hardware management – to create a uniform framework for next-generation data center management. Led by Inspur, the OpenBMC project represents the Linux community’s aim to address the standard inconsistency between closed-source BMC and related software packages. The OpenRMC project hopes to solve such issues as interoperability between two different standards, and forge new norms that advance the development of next-generation data center management technologies and the industry at large.

Boosted by the projects such as OpenRMC and Open Firmware, OCP has been increasingly involved in cooperation with Linux, OpenStack, and DMTF. Beyond that, OCP also sees expanding collaboration with China’s ODCC open computing community.

The convergence of various open computing communities is picking up speed. In 2014, Microsoft joined the OCP community, and OCS and Olympus became the standards of the OCP community. In 2018, LinkedIn joined OCP and the Open19 standard won recognition across the community. China’s ODCC initiative continues its independent development, but with more extensive and in-depth collaborations with OCP, driving the fusion of the two organizations. 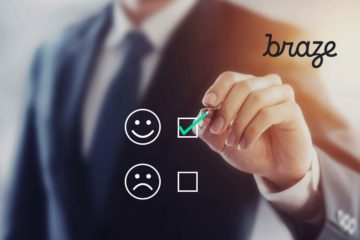