Rockset, the leading real-time database built for the cloud, announced that the company is seeing massive new user growth, significant industry partnerships and continued product innovation, as real-time analytics become critical to success for organizations of all sizes. Currently in use by global brands, such as Intel and Deloitte, as well as fast growing start-ups such as Standard Cognition and Full Creative, Rockset has proven to be a critical piece of the stack for building powerful event-driven applications. Rockset is built by the team behind RocksDB and backed by Greylock Partners and Sequoia Capital.

Gartner predicts, “By 2022, more than half of major new business systems will incorporate continuous intelligence that uses real-time context data to improve decisions.1” Across all industries, data is in motion in the form of clickstreams, sensor data and transactional database change streams. A real-time database in the cloud, Rockset can harness data for situational awareness in the form of live dashboards or for building sense-and-respond systems in the form of data-driven applications.

Real-time analytics demands fast answers on fresh data. However, even the most modern data warehouses are optimized for batch analytics. Rockset’s cloud architecture separates ingest compute from query compute so each can be scaled independently to guarantee data freshness, while providing fast SQL. In addition, Rockset’s patent-pending Converged Indexing™ automatically indexes all columns to enable faster-than-ever queries out-of-the-box—essential for the shift from batch to real time.

User growth: With momentum across industries like gaming, e-commerce, manufacturing and AI-powered computer vision, Rockset’s customer base has continued to grow with hundreds of new users signing up for the Rockset service each month. As an enterprise-ready real-time database in the cloud, Rockset is serving hundreds of thousands of low-latency queries for live dashboards and real-time applications. Developers and data engineers alike are finding that Rockset empowers them to focus efforts on building amazing applications faster.

Industry partnerships: The company announced several new partnerships and technology integrations, including DynamoDB to search and analyze database change streams, Apache Kafka to analyze raw events in real time and Tableau to visualize live data from a variety of sources.

Product innovation: Rockset made significant enhancements to the product, including the introduction of new instance types to support customer demands for a broader range of price-performance options, the addition of several new dashboard integrations, such as Apache Superset and Grafana, and enhancements to its extremely popular Node.js and Python client SDKs for developers.

AiThority.com News: USAFacts Launches “State of the Union in Numbers”

Corporate expansion: The company relocated to larger headquarters in downtown San Mateo, Calif., in the heart of Silicon Valley, gaining additional capacity to support collaboration, and continued to grow the Rockset team by over 60 percent compared to the previous year, drawing in the area’s top talent across engineering, sales and marketing.

“The past year was transformative for Rockset and the industry as a whole,” said Venkat Venkataramani, co-founder and CEO of Rockset. “Data teams have been let down by expensive, clunky systems from the past era of on-premises data stacks that fail to deliver the performance and scalability demanded by real-time analytics. We’re on a mission to simplify and solve this very problem, and we will continue to focus on empowering our users to go from raw event streams to applications and live dashboards in minutes.” 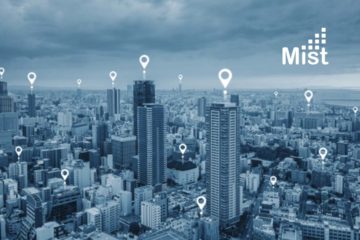