ScyllaDB announced the Alternator project, open-source software that will enable application- and API-level compatibility between Scylla and Amazon’s NoSQL cloud database, Amazon DynamoDB. Scylla’s DynamoDB-compatible API will be available for use with Scylla Open Source, supporting the majority of DynamoDB use cases and features.

Alternator allows DynamoDB users to migrate to an open source database that runs anywhere on any cloud platform, on-premises, on bare-metal, virtual machines or Kubernetes.

“Cloud vendors routinely commercialize open source software,” said Dor Laor, CEO and Co-Founder, ScyllaDB. “With Alternator, we’re reversing that trend by creating open source options for a commercial cloud product. Open source software is all about disrupting the existing model and creating new opportunities for users. True to our roots, we’ve first released the Alternator source upstream for feedback and exploration; later this year we’ll incorporate it in our free open source distribution, followed by our enterprise and hosted products.”

Both Scylla and DynamoDB have their roots in the landmark Dynamo paper, which described a NoSQL database with tunable consistency. However, Scylla’s close-to-the-hardware design significantly improves on DynamoDB’s price/performance ratio, democratizing access to real-time big data. Benchmarks show that Scylla performs 5X-20X faster than DynamoDB with better, consistently lower latency.

Alternator gives developers greater control over large-scale, real-time big data deployments, starting with costs. A typical Scylla cluster will cost 10%-20% the expense of the equivalent DynamoDB table. Alternator also frees developers to access their data without limits by eliminating payment per operation — they can run as many operations as their clusters support, keeping costs low and predictable.

Alternator gives developers the ability to control the number of replicas and the balance of cost vs. redundancy to suit their applications. They can set and change the replica number per data center, the number of zones and the consistency level on a per-query basis.

Other advantages of Scylla over DynamoDB:

Last but not least, Scylla is open source first and allows extension and modification, while also offering paid hosted and enterprise distributions for customers who need them.

ScyllaDB will share additional insights on Alternator and a project roadmap at its upcoming user conference, Scylla Summit 2019, November 5-6 at the Parc 55 hotel in San Francisco. 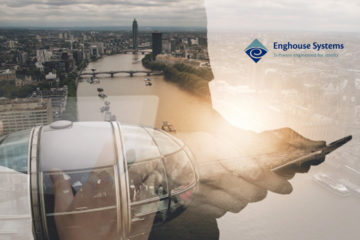