ASUS Republic of Gamers (ROG) is excited to introduce the new Strix XG HDR gaming monitor lineup, a trio of FreeSync 2 HDR monitors built for high-refresh rate and stutter-free gaming, and available in up to 4K resolution or 144Hz refresh rate in big-screen, super ultra-wide and curved formats.

AMD’s first-generation FreeSync introduced a variable refresh rate capability that eliminated the screen tearing and stuttering artifacts caused by turning v-sync off or on. Compatible monitors could match their refresh to the graphics card’s frame rate within a pre-defined range. Below the lower threshold of that range, however, v-sync kicked back in and caused judder.

FreeSync 2 HDR delivers smoother gameplay below the variable refresh range using a feature called Low Framerate Compensation. The LFC algorithm monitors performance and adaptively inserts frames to maintain fluid animation where v-sync would have caused choppy behavior. LFC is great to have, particularly at a demanding resolution like 4K. But a wide variable refresh range between 48 and 144Hz means most of the time gaming is spent in these ROG Strix XG monitors’ sweet spot, taking advantage of AMD’s FreeSync technology with Radeon RX graphics cards.

The trio of ROG Strix XG monitors is also optimized to minimize input lag. This delay between an input and the signal’s appearance on-screen can be a real problem on monitors and TVs that perform a lot of image processing in the background. Optimizing the display pipeline with ASUS GameFast Input Technology makes it so that gamers can see and react to on-screen actions milliseconds faster than their opponents. The trio of ROG Strix XG monitors benefit further from FreeSync 2 HDR support, which has HDR-enabled games tone map directly to the monitor’s color space, eliminating an entire tone mapping step and its associated latency.

All 3 Strix XG monitors have GamePlus Technology, an ASUS-exclusive feature that overlays in-game enhancements on top of the action. With the press of a hotkey, different types of crosshairs are available to improve aiming in first-person shooters that lack a reticle. Other options include a frame rate monitor, an in-game timer, and an alignment tool for multi-monitor setups.

These are some big monitors

In fact, the XG438Q meets VESA’s DisplayHDR 600 requirement and the XG49VQ and XG32VQR meet the DisplayHDR 400 specification. That means it delivers 10-bit image processing and up to 600 cd/m² peak luminance for great contrast that renders a beautiful HDR effect.

With more and more games supporting HDR, some monitors have claimed support but actual HDR performance has greatly varied, with many failing to meet the VESA specifications. Effective local dimming plays an integral role in matching the VESA DisplayHDR standard’s black level performance requirements. Instead of using the available modular backlights found in most monitors claiming HDR, ROG custom designed the backlights for all 3 ROG Strix XG models, ensuring the best HDR performance. Further, ROG tests each monitor’s brightness at the factory before it’s packaged to be shipped out. And 90% or better coverage of the DCI-P3 gamut quantifies the ROG Strix XG series’ color output advantage.

Whereas TVs tend to have shiny, reflective screens, the Strix XG series features anti-glare coatings to maximize the panel technology’s inherent advantage. Even from up close, they have consistent uniformity from one side to the other.

These gaming monitors won’t strain eyes from that distance either. Forty-three inches is a lot of desktop real estate to take in from two or three feet away. But we optimized each display mode with ASUS Eyecare Technology for long-term usability and then had TÜV Rheinland put the trio of ROG Strix XG monitors through its Eye Comfort Certification, ensuring low blue light output and flicker-free operation.

With the 43” Strix XG438Q, there’s always the option to view multiple sources simultaneously. We support picture-in-picture mode, with a main screen and inset window, along with a picture-by-picture mode that divides the monitor in half. Three HDMI 2.0 inputs and a DisplayPort interface accommodate most PC and game consoles with connectivity to spare. Moreover, a pair of 10W speakers pumps out high-quality sound, no matter what devices are attached. The 49” Strix XG49VQ allows for up to 3 content sources to be viewed simultaneously, and provides the same viewing area as two side-by-side 27” monitors without a gap and bezels to get in the way. 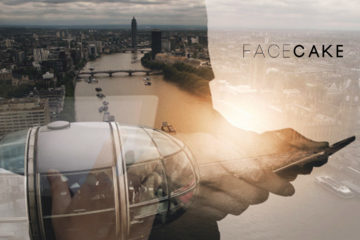