The best NVIDIA deals for Black Friday & Cyber Monday 2019 have been rounded up by the team at Retail Egg. Links to the top NVIDIA graphics cards, gaming tablets and streaming device deals for shoppers this year are listed below.

Graphics processing chip manufacturer Nvidia supplies a large percent of GPUs being used today. Though the company has delved into the game-streaming industry with the Nvidia Shield tablet K1, they still specialize in GeForce graphics cards such as the Nvidia GTX 1080 and GTX 1070. These are specially designed for laptops and support Ansel, Optimus, BatteryBoost and G-Sync technologies.

What percentage discounts can be found on Black Friday? Deals on Black Friday offer considerable savings to shoppers across all product categories. In 2016, Profitero reported that Amazon sold mid-range electronic items, which are normally priced between $50 to $100, at 36% off on average.

The dominance of online shopping as the preferred shopping option becomes more evident on Black Friday. Adobe Analytics reports that the online sales for 2018’s Black Friday reached $6.22 billion, a 23.6% increase from the preceding year’s sales.

AiThority Interview with Thomas Hatch, CTO and Co-Founder at SaltStack 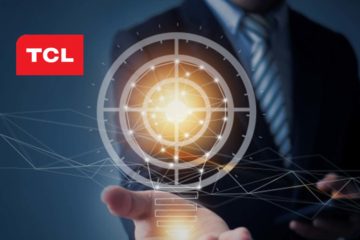 An App Launched to Drop the Hassle of Conventional Business Cards