“Mobile esports is still growing and the industry is in its infancy,” says Trevor Doerksen, CEO of ePlay Digital. “Growth and innovation for esports, augmented reality, and ePlay’s Big Shot platform will go hand-in-hand where sports and entertainment converge.”

In addition, the CEO of ePlay, will be moderating a session that starts off the VRTL Media Summit in Los Angeles at Paramount Studios this week. VRTL Media Summit is a 250 person one-day event whose attendees consist of a curated group of entrepreneurs, investors, content studio execs, and entertainment press. Other speakers include media, technology, and esports leaders from Overwatch, Warner Bros., Paramount Pictures, Google, Facebook, UTA, Mannat Digital and Digital Media Wire.

The Company also announced that it has reached an agreement to settle Mobovivo subsidiary balance sheet debt. The transaction cancels over $1.1 million in debt/royalty obligations on ePlay and its subsidiaries. The deal is expected to realize a potential net gain of approximately $266,000 on our Q4 income statement. The debt, with an approximate balance sheet carrying value of $570,000, is being settled for $200,000 of ePlay units of securities. 1,568,628 Units of securities priced at $0.1275 per Unit were issued with each Unit comprised of one restricted common share and one-half restricted share purchase warrant with each whole warrant exercisable at $0.15 per warrant share for a one year term from the date of issue. The shares and warrants have been issued with a four month and a day hold period and further voluntary restrictions from public or private resale with four equal quarterly releases of both shares and warrants starting on 31 March 2019 during the 2019 calendar year.

e-Play continues to create a platform for growth for the Company and its products. Trevor Doerksen, CEO of ePlay Digital remarked, “creating a technology platform for growth is important to ePlay.  At the same time, setting the table for the Company structurally, and strategically strengthening our financial position for growth and expansion is equally important. I’m thrilled we were able to reach an agreement at such an important moment with the debt holder accepting equity at a deep discount to their carrying value – a testament to what they think of our future financial potential”.

The Company further settled debts of $117,410 with management and consultants for the issuance of an aggregate of 920,863 common shares at $0.1275 per share with 773,020 of these shares being issued to ePlay directors and officers.  The Company also issued an aggregate of 1,211,823 share options at $0.1275 per share for a four year term to officers, directors, consultants, and employees of the Company.  The options vest over a variety of dates over a three-year term; 466,399 of the share options have been issued to officers or directors of the Company.

Senet Named a Finalist in the 2018 CRN Tech Innovator Awards 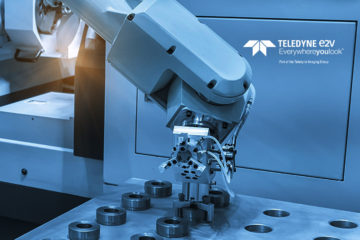