In August 2018, the Telegraph reported that the Chinese government was to “crack down on children’s video games” that are deemed as “violent” or unsavoury. Earlier this year, Bloomberg reported on the approach Internet giant Alibaba would take with non-violent games in the upcoming Asian Games and Olympics, hosted in Beijing. In 2017, according to Bloomberg, the NBA “became China’s most popular sports league, with a boost from tech giants such as Weibo and Tencent”. Former NBA player, Yao Ming, became the chair of the Chinese Basketball Association, the league in which he got his start as a Shanghai Sharks player.

Sports, like basketball and the Olympics are very important in China. From the moment visitors to Shanghai step into the airport, basketball is featured in promotional videos with highlights from NBA exhibition games taking place outdoors under the iconic Oriental Pearl Tower in the downtown district of Shanghai known as Pudong. In demos during the past week in Shanghai, Big Shot was consistently seen as a necessary solution to suit the Chinese marketplace.

“ePlay has a long history in the convergence of sports and mobile games – a convergence that the Chinese companies we are in discussion with have a penchant for,” says Trevor Doerksen, CEO of ePlay Digital.

“The initial and follow-up meetings with Chinese sports networks, media, game, sports, and financing organizations continue towards bringing sports, advertisers, and fans in China and around the world together,” continues Doerksen.

The interoperability of the ePlay AR Ad KitTM, Big ShotTM and various initiatives under discussion in China advances state-of-the-art augmented reality marketing/advertising including in-game product placement and location-based calls to action. According to PQ Media, product placement advertising grew “13.7% to USD $8.78 billion in 2017 and is surging toward a ninth consecutive year of double-digit growth in 2018”.

The location-based advertising, the global market was USD $16B in 2016 and expected to grow to $32B in 2021. At Mobile World Congress 2017, where Mobovivo, an ePlay wholly-owned subsidiary,  earned Top Innovative Company recognition in Mashable, Niantic CEO John Hanke stated that Pokemon Go had already driven 500 million visits to sponsored locations with over 35,000 sponsored locations.

Philip Chen, ePlay Board Advisor comments, “the response to Big Shot was extremely positive and we heard over and over again from some of the biggest media, financing, and sports organizations in China that the market is ready for Big Shot.”

According to NewZoo, “619.5 million players in China will spend $37.9 billion in 2018, which makes it the biggest games market in the world. Mobile games will generate $23 billion of this number.” The forces of mobile gaming, esports streaming, augmented reality, product placement, and location-based advertising converge as mobile game playing audiences are multiplied multiple times through advanced engagement with increasing esports viewing audiences. 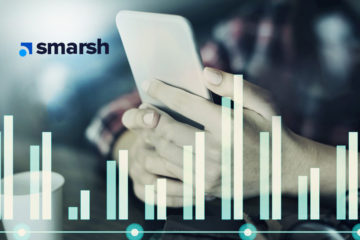