Blink, a leading social network application for gamers, that launched its beta dec 2018 has created a new phenomena in engagement. Blink leverages advanced AI to detect and create highlights of gameplay for users to share. As part of their ongoing development they recently asked their community to challenge their AI, the community responded by actually “breaking” Hearthstone.

As the market for e-sports live streaming and social networking grows and diversifies, Blink identified an emerging need to answer the, “What’s next?” creating a sophisticated opportunity for players to engage with the game and build their community.  For the AI challenge Blink required players to create a minion (character) with the highest number of health and damage possible within the Hearthstone game. The results were a clear indication of the power of this kind of engagement and users created minions so large that the game could not keep count. In fact, they built a minion with 2,147,483,647 health, the maximum positive value for a 32-bit signed binary integer in computing, so in fact they actually “broke” the computer too. Through encouraging players to engage with the game in a more personalized way, setting new standards for performance and making sharing easy, Blink’s platform is supporting a era of engagement and immersion in e-sports and gaming.

While gamers play, the Blink mobile app works in the background detecting defining moments of gameplay and turning them into snackable, engaging clips ready to share. Similar to other leading social networks, Blink’s platform lets users share, comment and follow the content of the community either in the Blink content feed or just about anywhere else.

“We couldn’t be more thrilled with the outcome of this challenge.  The growing competition amongst gamers is undeniable.   These levels of engagement amongst game enthusiasts, from the casual player to lifestyle player, shows that people are engaging with game content beyond the act of playing the game,” said Ronen Shovel, CEO of Blink. “As we expand our integrations into other games in the coming months, we anticipate launching challenges that every player, no matter what level, can be activated beyond the game.”

The results of Blink’s first challenge are indicative of an expansive shift in gamer behavior and promise for the company’s model to accommodate this change in the future. Blink is committed to developing its platform in a way that is mutually beneficial and sustainable for the gaming community and industry, that allows every player, at any level, engage and activate around games.

Blink was initially launched with Hearthstone in December 2018 but will add additional integrations in coming months. 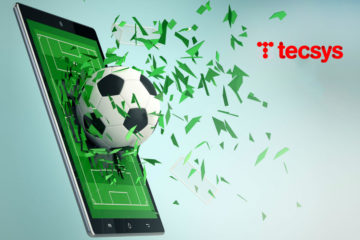