All You Should Know About Blockchain Architecture

All You Should Know About Blockchain Architecture

Blockchain has gradually turned from a fancy buzzword into a powerful technology that businesses of every scale are trying to incorporate. It isn’t surprising due to all the benefits blockchain offers, among which there are decentralization, elimination of mediators, security, and accuracy.

Wonder how blockchain architecture works? You are in the right place to learn the basics.

Most people think of blockchain as of technology behind Bitcoin. It is a decentralized system that validates transactions by means of a network of computers. Blockchain technology creates and shares the distributed ledger so that transactions and their verification can happen without delays and intermediaries.

Generally speaking, blockchain is a mesh network of interconnected computers that rely on one another rather than on a central server. Simply put, blockchain is a diary that is hardly possible to fake.

Read More: NLP is the New SEO: How Artificial Intelligence Will Transform Media Strategy and Communications

How is a Blockchain Transaction Verified?

Where Can Blockchain Be Used?

One of the most promising tandems is blockchain and healthcare. This industry suffers from outdated technologies, processes and poor data management on a global level. We’re excited to see how blockchain healthcare projects like doc.ai and Patientory can take it to the next level in the future.

Apart from healthcare, many other industries are also working on implementing the blockchain architecture for their benefit. Currently, there are projects that combine blockchain and finances, education, politics, public services, real estate and more.

The blockchain system is always secure and decentralized. It makes tracing every step of every transaction much easier than following the path of a paper dollar. With blockchain, funds cannot disappear into the blue without a trace.

A private blockchain architecture is controlled by a certain group of people (an organization, an authority or a corporation). In this system, members receive permissions to participate in certain transactions.

To sum up, blockchain is a linearly built and distributed data structure system that is independently verified by all the members of the network.

Benefits that blockchain offers have the potential to change the world a lot. It could significantly reduce the losses of transactions, improve data protection and transparency, and increase the efficiency of different industries. This innovative technology is still quite young to draw any conclusions yet. So we have to keep the weather eye open and be ready to get the most of it.

Posted by : Maria Redka
Maria Redka is a Technology Writer at web and mobile app development company MLSDev in Ukraine. Their focus area includes a full range of services in mobile and web app development as well as design, consulting and testing.
Previous Article : 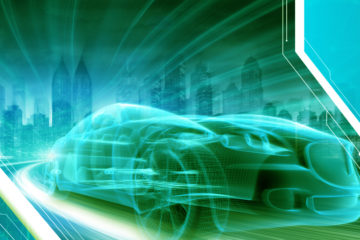 The Future of Cars: Will Connectivity Translate to Vulnerability?

How Can We Accelerate the Pace of AI Innovation?