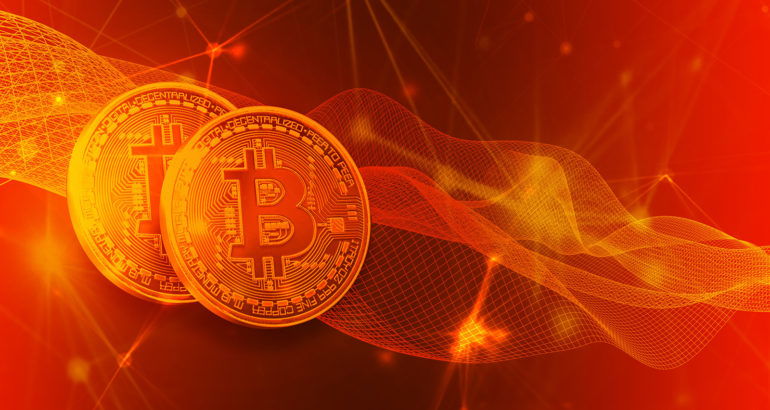 A Guide to the Economics of Bitcoin.

Bitcoin’s price has been on a wild ride since its inception. 2017 alone saw massive gains, starting the year at under $1,000 and, at its peak, breaking $19,000, according to industry site CoinDesk. Then we saw a deep fall in 2018 and stability in 2019. What drives its value and why does a significant market still invests heavily in it is a question non-believers often ponder. This piece tries to address this query and help us understand the value behind Bitcoin or any Cryptocurrency. We are looking at a time where the mode of payments are changing in a short span of time.

From e-wallets to payment applications, the ways one can trade have multiplied but for trading commodities, the number of innovations can be counted on fingertips. The value behind Bitcoin or any cryptocurrency is often less understood by the larger audience. This also comes from the fact that people don’t understand the value behind a FIAT currency. As the popularity around Bitcoin and other cryptocurrencies rises and there is a rise and fall in their pricing, many have this question: From where does Bitcoin get its value?

What Is an Intrinsic Value?

An intrinsic value of a commodity is a value that a product possesses in itself. It does not require an additional source to provide it with a value. Eg: Sweetness is an intrinsic value of sugar. Every commodity earns its value if there is a price that people would pay to obtain it. Today, we accept any fiat currency in exchange for goods or services as we understand that in turn, the fiat currency can be traded again to obtain other goods or services.

Well, certain currencies that are backed by precious metals like gold and silver have an intrinsic value. But, today most of the global currencies are Fiat Currencies. A commodity to be valuable hence needs to be exchangeable for a similar value. The commodity also must be able to hold or store this value so as to be traded in the future. Add to that, if the commodity in place is limited in supply then its value increases over time with demand.

What is a Fiat Currency?

Fiat money is government-issued currency that is not backed by a physical commodity, such as gold or silver, but rather by the government that issued it. The value of fiat money is derived from the relationship between supply and demand and the stability of the issuing government. It is important to understand here that this demand and supply is decided by the participants of the network who are bringing a fiat currency into use. For example, within a network, I trade a $100 note for a mobile phone, I am essentially exchanging value worth $100 for the phone. The store-keeper, takes the $100 note and buys his meal with the same or invests it to create more value. Fiat currency or money establishes the exchange of value with the help of the government’s backing

Here is the Value!

Similar to Fiat currency, Bitcoin (or most of the cryptocurrencies) is also not backed by any gold or silver hence does not have any intrinsic value. The value of any currency comes from the backing of the state and the trust that people have over the government. Hence, for any money to be established as an exchange of value within a network, it is important for the network to trust it regardless of who (or what) is backing it.

This is exactly where Bitcoin is gaining its value. The trust which millions of people have imparted on a cryptocurrency in a completely trustless environment decides the value of the cryptocurrency. Millions of miners and traders are altogether considered the participants of the Bitcoin network who trust the world’s largest cryptocurrency and are deciding its price on the sole principle of its demand and supply.

The understanding of the shift the culture of electronic mode of payments and digital currencies are bringing is pivotal for a user to understand this entire ecosystem.

Electronic mode of payment is simply lesser use of traditional currency and direct exchange of value between two parties through a digital medium. We have witnessed a sudden shift to electronic method of payment in recent years due to its ease, transparency and accuracy. Hence, it is easier to find the source. With the introduction of Payment apps or wallet apps like Paytm, Google Pay, PhonePe etc, cashless mode of transaction has caught massive traction. Cashless mode of payment is one example for The Network Effect. Network effect in economics suggests that the value of a good increases with more number of people utilizing it.

Though daily transactions done digitally are swift, the same cannot be said about large transactions or overseas transactions. Such transactions are time-consuming and are subjected to a highly volatile exchange rate.

Cryptocurrencies solve these problems with its decentralized infrastructure making direct money transfers quick, traceable, transparent, and immutable. Complying it to the principles of the network effect, cryptocurrencies will get more value as adoption increases. Having a single phone is pretty useless as no calls can be made through it. But as soon as the number of phones increases, the value increases exponentially. Hence, with Bitcoin, adoption is the factor which will play the leading role in adding value to it.

Beyond the layman’s narrative, economics defines two essential characteristics for a commodity to have value – Utility and Scarcity. Scarcity means a finite supply of goods or services. Bitcoin and many cryptocurrencies are limited currencies. That means, there is just a finite number of the same available. Bitcoin, for instance, has set a cap of 21 Million Bitcoins. Analysts note that this scarcity feature of Bitcoin increases its desirability over other assets including gold. With gold, although the supply is limited, we aren’t really sure of the total amount available. A sudden influx of supply will crash prices and may hurt overall markets. However, a similar Gold Rush isn’t possible with Bitcoin as no hidden treasure is going to be ever ‘discovered’.

Keeping in mind the cashless mode and a few other factors which make up a fiat currency, let us think about Bitcoin and other cryptocurrencies. As we know that Bitcoin or any other Cryptocurrency doesn’t have a solid counterpart. It is purely digital in nature. It automatically brings all the benefits of Digital mode of transactions, in addition to that, the time taken to complete the transaction is far less.

Bitcoin comes with the security of Blockchain which makes it difficult to counterfeit or to play around with. Another point here is that Bitcoin has a cap of 21 million units out of which 17.3 million are in circulation. The program used to create or mine bitcoin will simply stop once the set number is achieved. This makes Bitcoin accountable in itself. As mentioned above BitCoin has a value in itself. It is free from the worry of finding an appropriate store of the value that is there inherently in Fiat money.

Adding to this, Today a cryptocurrency gets its utility as a mode of payment due to two key factors – Transaction Costs and Transaction Time. Cost to transfer a cryptocurrency like Bitcoin is near minimal as the number of parties involved is technically only two. It’s more like a cash transaction done digitally. This reduces the overall cost of transactions significantly. With the added security layer provided by Blockchain, this is perhaps the safest way to transfer value digitally.

Transaction Time or time to realize the payment in the seller’s account is in the tune of a few minutes at max with crypto-currencies. Compare this with days with traditional fiat currencies. A global e-commerce major like Amazon, which has millions of transactions in a day globally cannot afford such high costs as well as cash-flow challenges. Hence, today globally, many companies have started collecting payments using Bitcoin or similar cryptocurrencies.

As seamless as, the change has been from the traditional mode of exchange to electronic mode, Cryptocurrency has the potential to be as swift and seamless in adoption and as more and more people will accept it, its value will increase. It will be a strong alternative to money and has the potential to become a truly global currency.

Read more: Blockchain Holds the Key to a New Era of Automation

Posted by : Sumit Gupta
Sumit Gupta is Co-founder and Chief Executive Officer of CoinDCX, India’s largest cryptocurrency trading platform and liquidity aggregator. Beginning his journey in the world of business at the age of eight, Sumit showed an early proclivity for entrepreneurship, selling video games for profit in his hometown. When bitcoin began gaining traction in 2014, Sumit saw the potential of leveraging blockchain technology to enable financial inclusion. He actualised this vision by founding CoinDCX, which has grown to become India’s largest cryptocurrency exchange. Prior to establishing CoinDCX, Sumit worked in Tokyo for renowned technology giant Sony, where he served as a software engineer. Sumit also founded ListUp, one of the first e-retailer companies with a location-based app. Under his leadership, ListUp had grown into a multimillion dollar business within one year. He holds an Undergraduate and Master’s degree from the Indian Institute of Technology Bombay.
Previous Article :