To work Agile is to work in a timebox style. Testers must work within a smaller scope during development cycles of two to four weeks (called Sprints), and address changes within each Sprint while acknowledging the impacts of those changes for the next Sprint.

When thinking of Agile development and artificial intelligence, the potential for a symbiotic relationship that increases testing speed and accuracy will likely inspire more project managers to embrace machine learning for higher testing efficiency.

Today’s project managers must find a method for deploying quality software that is error free and satisfies the needs of consumers without exhausting their testing team and quality assurance engineers. Artificial intelligence and Machine Learning could remedy the challenges of agile testing because these tools offer automation.

Agile methodology is now one of the most popular methods for project managers during software development and testing, but there are difficulties that management should acknowledge within agile environments.

These are five of the most common issues agile testers face:

Unexpected Changes to Requirements – One of the top complaints of QA analysts is the unexpected requirements changes that often occur within an agile environment.

Changing requirements results in a significant loss of time as teams work to meet deadlines. This is because if the changes no longer apply to completed work, user stories must be redone. If work was near completion, testers must also modify it to fit the changes.

Any software tester will attest to the fact that Regression testing (retest) cycles can take a long time. Performing these tests manually can overwhelm agile testing teams.

Little Room for APIs – API development requires testing, but this testing is often skipped because it is such a difficult process. Testing APIs is a skill requiring extensive training and coding mastery, and API testing is especially difficult in an agile workspace.

The pressure is heavy when testing APIs while working agile because the task requires considerable amounts of time. While every tester may not have the time or skill sets for API testing, foregoing the tests altogether is never recommended. Too many redirects, invalid SSL certificates, and many other errors are likely to surface without testing.

As is the case with most other pain points that testers endure while working agile, such tests require time that is often unavailable with this methodology.

Communication Barriers – Coding flaws and other defects during development should be addressed as soon as possible, but this doesn’t always happen.

What if the new code is implemented and testers are unaware of the changes? The end result is that the code will never be tested. These miscommunications create major delays and disrupt the agile flow. Even worse, the defective product may be sent to market.

With machine learning, businesses will be better equipped to meet the growing demands of an ever-expanding market. Likewise, development and testing processes will improve.

As mentioned earlier, the answer to many of the issues software testers face when testing in an agile environment is automation. Artificially intelligent decision-making processes generated by vast amounts of data help machines make predictions with accuracy. With this data, machines can predict unnecessary, erroneous tests, and code that has not been tested at all. This lowers risks and speeds up processes as testers meet agile deadlines.

Furthermore, continuous testing will improve software tests because the machine will be able to identify and avoid false positives. It will also be able to analyze testing from end-to-end and assess functionality across various technological platforms.

AI makes the testing process less stressful for management embracing agile because it assists project managers when setting completion dates. Deadlines can be set based on data instead of estimates that may not be realistic for the testing methods and for high-quality product delivery. Due to the predictive nature of machines, the behavior and desires of users are much easier to determine. This helps company leaders decide if a project is worth taking on at all, let alone testing.

Machine learning and artificial intelligence give testers power through automation because software testing will no longer be limited to manual processes and human errors. AI is elevating the testing process to new levels of innovation, encouraging digital transformation through scalability, predictive analytics, and precision.

The Next Wave of CX Messaging Trends (From Those Who Know) 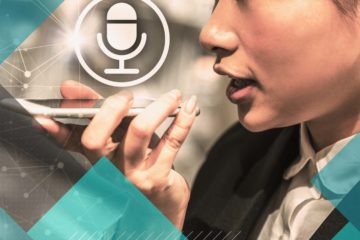 How Open-Source PIM is Bringing SMBs On a Level Playing Field with Big Tech Firms?

Consistency is Key to Customer Experience