Not so long ago it became clear that AI/ML (Artificial Intelligence and Machine Learning) were going to be significant factors in how online advertising was conducted. As the technology has developed over the past few years, advertisers have been using AI/ML to solve increasingly complex and over-burdened advertising challenges, such as fraud detection, bid optimization, and media spend. By 2018, the technology had advanced enough to be improving viewer targeting capabilities and ad relevance.

Nevertheless, advertising viewability remains a crucial issue and for a good reason: advertisers want to know exactly how their investments are being earmarked and whether or not dollars are being spent wisely. No brand or business wants to waste good money on ads that nobody except a few bots will see. Not surprisingly, viewability has become a highly contentious topic in the advertising industry over the past few years.

It’s important to remember, however, that viewability is just one facet of online marketing. Indeed, focusing too much on it can lead marketers to miss other integral elements. Media Rating Council CEO George Ivie has gone so far as to say that, “The viewable impression was never meant to establish the value of the advertising. It was meant to establish ‘Did it have an opportunity to be seen?’”

I would actually argue (politely, of course) that whether the ad is contributing to or undermining a positive user experience is an even more meaningful metric than just the percentage of viewed pixels. Fortunately, Machine Learning has made very personalized advertising offers possible. Yet, advertisers often sabotage their own efforts by failing to use machine learning to its fullest. I’m sure we’ve all experienced the annoyance of being inundated by ads from a company we’ve checked out online, even if we’ve purchased their product! It feels like being followed by a stalker.

There’s really no excuse for this anymore. Artificial Intelligence can facilitate a more congenial experience, one that acknowledges the relationship between potential buyer and seller without making someone feel stalked (and wary of future online purchases.)

It’s not just an issue of invasion of privacy, either. The fact is people do not want their online experiences to be disrupted. Whether we’re working or playing, we believe their time online has value and meaning. As a result, more and more users are preferring to pay for a premium service to avoid ads that interfere with their experience, while others are opting out of receiving ads based on interests, an option Google, Facebook, Twitter and Apple all enable.

Many are simply turning to ad blockers.  However, a recent study of people using ad blockers revealed something worth considering. The problem, people said, wasn’t all ads, as one might think. It was a desire to do away with “annoying ads,” or ads that weren’t relevant to either the user or the website the user was on. In fact, 81.7% of users said they’d disable their ad blocker if asked, or if their concerns about the ads were met. The problem wasn’t ads per se, but how the ads were impacting on the online experience at that moment. In other words, a relevant ad was not perceived as disruptive.

In 2019, I’m confident we’re going to see publishers being more creative in the way ads are being served. In large part, this is because users are being increasingly vocal in their demands for a better online experience; this is also being reflected in the recent debate over online privacy and the use of data. But, unlike the privacy debate, when it comes to ad viewability, there’s an opportunity for advertisers to not just address user concerns, but actually go much further. That’s because machine learning has advanced so far, so quickly.

Machine Learning, which can control timings, flows, and all the elements that affect ad viewability, can actually enhance user experience and not just target users. With improvements in the models being used and better computing power, we’ll see machine learning used even more intensively to analyze and optimize for best viewability by providing ads where and when users want to see them; or even know if ads shouldn’t be offered at certain times when it would actively degrade a specific online experience.

In fact, this next step has already begun. Netflix now uses customized thumbnails of their offerings to attract your attention. They do this by using machine learning and an Aesthetic Visual Analysis (EVA) algorithm that selects images from everything they present and matching them to you based on your viewing habits. For example, if you were a fan of comedies looking for information on the film Good Will Hunting, Netflix would show you artwork containing comedian Robin Williams.

That’s not all. In the not too distant future, you may be seeing an ad written and created by machine learning specifically for you based on an analysis of your visual and music preferences, storytelling style inclinations, and featuring computer-generated renditions of your favorite personalities. In this way, Machine Learning won’t just facilitate a positive online experience — it will create it.

Luxury automobile maker Lexus recently used AI to produce an ad script for its ES model for a campaign that aired in November 2018. IBM’s Watson AI analyzed 15 years of car and luxury brand campaigns that won a Cannes Lions Awards for creativity and then wrote a script and outline for an ad. The effort may have been regarded as an experiment but shouldn’t be dismissed as a gimmick.

One thing is certain: Change is in the wind. Machine Learning is going to change everything about ad viewability, not just through scheduling and measurement tools, but by improving and creating positive online experiences. That’s what online users are saying they want. Advertisers should listen.

Posted by : Nir Kalish
Nir Kalish is the Solution Engineering Senior Director for Anodot, based in San Francisco, California. Nir has over 17 years of experience in the Software Industry, in which he led groups of QA automation, QA infrastructure, and Solution Engineering. Nir is passionate about the two complementary worlds of business and technology — strategizing to resolve data mysteries while upholding exceptional user experiences.
Previous Article :

Preparing For Bid Management? Start With the Basics 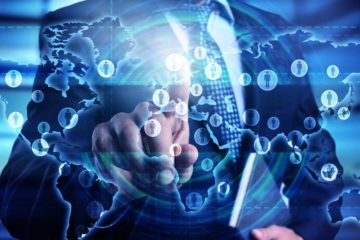