Sales, Marketing and Employee Training Are Getting More Immersed with VR

Sales, Marketing and Employee Training Are Getting More Immersed with Virtual Reality

From an outsider’s perspective, Virtual Reality has seemingly been stuck in neutral for the better part of a decade. The race towards consumer market mass adoption has been moving at a turtle’s pace. But, where the technology has seemingly fallen short in one space, it appears to be gaining momentum in another.

Enterprises are increasingly looking to immersive experiences to captivate their audience. Companies are realizing the deeper value of the medium — it’s ability to completely focus a user’s concentration on a given objective.

Once the headset’s on, the VR superpowers take over. The content takes hold of you. Your senses and thoughts are immersed in one particular story. And, during a time when attention spans appear to be ever shortening, Virtual Reality is becoming a uniquely efficient tool that allows enterprises to fully engage a prospective client or an employee.

In fact, research from Stanford University and Technical University Denmark found learners recall more when using virtual teaching methods than with traditional methods, resulting in a 76 percent increase in learning effectiveness. Another recent study conducted by the University of Maryland also found that VR training is more effective in driving recall accuracy than traditional desktop computer-based training. The research concluded that, “Virtual reality displays, such as head-mounted displays (HMD), afford us a superior spatial awareness by leveraging our vestibular and proprioceptive senses, as compared to traditional desktop displays.”

I’ll go out on a limb and assume that most people aren’t aware that they’re engaging in vestibular and proprioceptive activity when strapping on a VR headset. But it has proven effective for companies such as VMware, Seabourn, and Oceans360 – all very different organizations, and all seeing the benefits of VR in various sales, marketing and training applications.

“VR has proven to be a powerful sales training tool for creating lasting impressions and increasing product recall and retention,” said Mimi Spier, Vice President of IoT at VMware, a global leader in cloud infrastructure and digital workspace technology. VMware’s Internet of Things (IoT) group utilized VR to educate and train their global sales team on their IoT solutions.

Meanwhile, Seabourn, “The world’s finest ultra-luxury cruise line,” teamed up with Pixvana, a VR solutions provider, to create and launch “TableVision,” a virtual reality training solution for wait staff.  The new interactive VR training video enables new Seabourn employees to master the massive, 105 tables, 12 serving stations, dining rooms in a fraction of the time — without internet or access to the actual room.

“A major hurdle to staff training is the fact that the ship is almost always in full operation, with the dining room perpetually occupied with either customers or the cleaning crew,” said Rocky Sudlesky, the Seabourn Fleet Learning and Development Lead Specialist.  “Finding a window of time to manually train new employees was both cumbersome and inefficient.  Instead, we worked with Pixvana to develop a completely tailored training experience that not only saves Seabourn Learning and Development time and money, but also provides staff with a more engaging, efficient, and accessible opportunity to learn.”

Oceans360.org, a non-profit organization dedicated to training and educating people on ocean conservation, will also be using VR to augment their awareness effort.

“I’ve always wanted to have the ability to present to classrooms full of students and share our passion on a much larger scale – and now for the first time, we can cast videos simultaneously to multiple headsets and control what our viewers are seeing,” said Steve Mandel, Executive Director of Oceans360.org. “We’re planning on first using this technology in high school biology classes to inspire the next generation of ocean conservationists, and that’s just the beginning.”

Perhaps it’s also a new beginning for VR. Gartner projects global sales of head-mounted VR displays will jump from 1.43 million units in 2016 to 39.87 million units in 2020, and Forrester Research says 30 million U.S. consumers will use the technology by 2020.

As VR adoption rates grow, it’s logical to assume that companies will increasingly leverage the technology for their benefit. According to ABI Research, the enterprise Virtual Reality training market, which generated $216 million in 2018, will grow to $6.3 billion by 2022.

Imagine it’s the first day of a new job and you’re being handed a VR headset for your orientation. Suddenly you are transported right into the middle of a multitude of scenarios you will experience on the job, without ever leaving the training room. Memories are made and later, when you face these situations on the job, you have the confidence of being there before.

Or perhaps you’re the training manager. Imagine you have hundreds of people to onboard to your organization every week across the country — and it’s a challenge to provide a consistent high-impact experience. Now imagine being handed a tool that allows those new hires to have a personal, immersive, high-quality introduction to the company that is consistently delivered every single time.

No need to close your eyes to picture it. The days of VR in workplace are here. This is the future of VR and it’s starting now.

Posted by : Rachel Lanham
Rachel has dedicated her career to solving big business problems with digital innovation. In January 2018, she joined Pixvana, the leading platform for VR creation and distribution, to establish and lead a production company arm specializing in immersive video experiences. In 2012, she co-founded Health123, recently acquired by Samepage Health, and spent the past 5 years in the trenches of the digital health revolution -- developing, positioning, and selling solutions that fill big gaps for healthcare providers in a rapidly changing landscape. In 1999, she joined Avenue A (becoming aQuantive then Razorfish with a $6B acquisition by Microsoft in between), and was fortunate to have a 13-year career specializing in delivering transformational business ideas that leverage digital capabilities to clients like Weight Watchers, MillerCoors, and Levi's.
Previous Article : 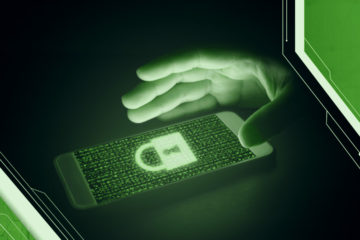 The Future of AI: More Automation and Less Empathic Interaction

How AI Can Help You (or Your Customers) Make Smarter Decisions

The Role of Artificial Intelligence in Transforming Customer Experience