The Future of Business Communications With New Technologies

The emergence of new technologies are revolutionizing the way we communicate both internally and with customers, but rapid advancements can make it tricky to keep up with what the future might hold. As we head further into 2019, communication providers TollFreeForwarding enlisted the help of several experts to shine some light on upcoming technology trends within the industry. Here is what they found.

Although it isn’t a new technology, the advancements made in Artificial Intelligence are front lining a revolution in communication, particularly within business. In fact, it’s predicted that 50% of jobs could be replaced by some form of AI in the not so distant future. Although this is worrying for employees, from a business perspective it’s fast becoming an essential asset. Here are a few ways AI will benefit businesses:

Chatbots are an automated service that can be used to engage with customers by responding to queries or issues and helping provide guidance on how to use a product or service. The advantage with chatbots is that they can respond instantly to thousands of customers at once, something a human just couldn’t do.

Chatbots are already being used successfully in business, and as they used machine learning they’re becoming more intelligent with every engagement. KLM Royal Dutch Airline uses a chatbot known as Bluebot. According to a report, Bluebot has recorded over 1.7 million messages from 500,000 passengers.

Ketan Kapoor, CEO and Founder of Mettl, says, “The humble chatbot will turn out to be a competitive advantage in turning time in favor of businesses. Mimicking human communication elements, the initial interactions done by chatbots will be smoother, seamless, and precise.”

Read More: The Evolution of the Chatbot Experience

Technology such as Alexa, and now Google ‘Duplex,’ could be the future of internal communication within business. These forms of AI are capable of making phone calls while adopting characteristics of human speech, scheduling meetings, and organizing calendars.

As it becomes increasingly intelligent, businesses will soon be able to utilize this technology to operate all internal communications.

Gabriel Shaoolian, Founder and Executive of DesignRush, supports this, “Looking past these consumer pathways, AI will radically transform how internal teams communicate and function. You can expect to see AI integrate itself into everyday operations, creating meetings, transcribing discussions and more.”

Along with communicating directly with customers, AI can also make outreach strategies more efficient as well. In a similar way to how chatbots cater their response depending on human engagement, hyper-personalization uses Machine Learning to hit consumers with the right marketing strategies at opportune times. For example, it would learn from your recent purchases and historical data to cater ads specific to you.

This will make businesses outreach communication more successful and more efficient. You could argue hyper-personalization, along with all forms of Artificial Intelligence, is only in its junior years.

Alan Lafrance, Marketing Strategy Manager at Lawnstarter, says, “Over time the tools will learn and get better. They will eventually reach a point where most internal and external communications are fully automated.”

Although it’s yet to be perfected, Blockchain could revolutionize business communication by completely changing the way companies and customers complete transactions. We’re all aware of the rise of cryptocurrencies such as Bitcoin and Litecoin — these have paved the way for Blockchain.

Blockchain works like a database that is constantly updating and stored in multiple locations. It allows digital information to be distributed, not copied, meaning all data only has one owner.

Businesses spend so much time and money on each transaction through coordination, synchronization, messaging and checking to ensure it goes through as it should. Blockchain eliminates all of this by storing a single record of everything, not two separate databases.

It has the capabilities to keep a record of much more than just currency and transactions. Braden Perry, a Blockchain Attorney for a financial firm, acknowledges Blockchains potential influence on business communication, he says:

“Blockchain technology is in its infancy, but at the peak of rapid expansion. Businesses that see the potential and are proactive in its adoption will likely be the frontrunners in innovation and ahead of the curve when the benefits are fully realized.”

Despite not being as prominent in current communications, it’s predicted that Blockchain is a technology you should keep an eye on in the future.

Read More: Why Use Blockchain in Healthcare?

Technology allowing people to immerse themselves and react to a virtual environment is a fascinating concept, and when perfected will play a big role in business communication.

Heathrow Airport has introduced Virtual Reality (VR) into their services. This is a great example of how early forms of VR are being used within business. The service allows passengers to look around the airport from their smartphones, with the idea that they can avoid wandering aimlessly when trying to find their terminal or a store in duty-free.

This is only small scale compared to the capabilities virtual reality could one day have in business communication. It’s predicted that it will be hugely effective for non-profit organizations such as charities. Just in advertising for example, VR can be utilized to send a much more powerful message than the likes of television.

Rachel Henderson, Vice President of Warschawski agrees with this. She says, “Virtual and Augmented Reality are the most immersive communications technology to come along since the movies. There is a huge opportunity in the non-profit industry because it has the power to persuade — to create strong emotional connections and change attitudes.”

These are some of the trends experts in the digital communication industry believe will be setting the pace for business communication in the near future. We are seeing signs of them being used today and as they become more advanced, businesses that don’t harness new technologies could be at risk of falling behind.

Posted by : Jason O’Brien
Jason O’Brien is Chief Operating Officer of Tollfreeforwarding.com, providing U.S. Toll Free numbers to 25,000 customers spanning 125 countries worldwide. Jason earned his B.A. in Information Systems from the University of Redlands, and has a background as a software developer and as a business consultant.
Previous Article : 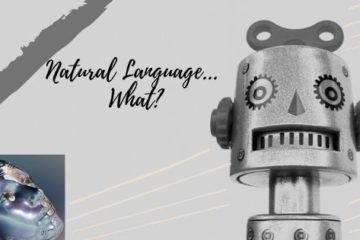 How to Motivate Your Service Organization for Customer Success

Why Flexibility is The Key to Success in Market Research