This new fund aims to invest in early through mid-stage technologies that are transforming key global markets, such as computer vision meets wellness, cybersecurity meets fintech and insurtech, artificial intelligence meets retail and media, big data meets healthcare IT and many more.

With investment hubs located in Jerusalem at the JVP Media Quarter in the heart of the city, home to JVP’s Corporate Headquarters, in Beer Sheva, the Southern Cyber-Epicenter, home to the JVP Labs alongside key universities and international corporations; and in New Yorkin the recently launched Hub.NYC by JVP. Each of these hubs serve as centers of innovation and entrepreneurship, bringing together key global corporations, best academic minds and JVP’s investment team, identifying the next international market leaders.

JVP VIII attracted leading investors from across the U.S., from Europe, such as France, Germany, Austria, Italy and the UK, and from Asia, including Japan. These included U.S. and European government sovereign funds, leading international insurance companies, endowments from universities and major global corporations, all of which turned to Israel’s tech ecosystem as a source of innovation.

“I am delighted to see young, as well as second time, entrepreneurs partner with business leaders from North America, Europe and the world over to advance new ideas and companies that are changing every category of business as we know it,” said Erel N. Margalit, PhD, Founder and ExecutiveChairman of JVP. “Over the next decade, we’re going to see up to fifty percent of the most well-known brands be surpassed and eventually displaced by a wave of disruptive companies –- many of whom are being launched today and in the near future.”

The new fund also follows JVP’s expansion into New York City with the new cybersecurity investment hub, HUB.NYC by JVP, along with other public-private partnerships to further strengthen its innovation footprint around the world. JVP was selected to establish a cyber hub as part of the City of New York’s $100Mcybersecurity initiative, Cyber NYC. Hub.NYC is expected to open this Spring and will support growth-stage startups by providing access to clients, business support, and investment. 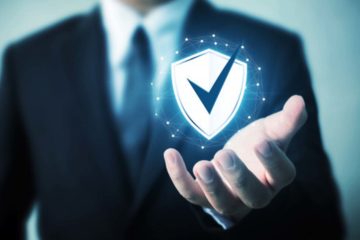