Tuesday is the most frequent day taken by staff as unplanned absence, according to statistics provided by e-days, the leader in global absence intelligence.

The company has revealed that the first week of February is the worst peak for unexpected staff absence, after surveying absence data from more than 1,000 companies from 2019.

“In the worst month for staff absenteeism, it’s really important that managers and HRs are aware of the trends in sickness amongst the workforce, so they can plan and manage resources accordingly, or launch initiatives to correct certain patterns,” said Steve Arnold, CEO of e-days. “We speak to many global organisations and it’s amazing how many aren’t aware of the level of groupwide or individual absenteeism, when if they could see repeat issues, they could act to engage with staff, and help them, as well as boost company productivity.”

e-days’ data from 2019 showed that the first half of the year was the worse for with unplanned absence on a decline from April onwards.

“These winter months are difficult for leaders to manage with the number of viruses in circulation, but also from a morale point of view,” added Arnold. “Some people or teams or sectors are more affected by these factors and it’s up to companies to recognise weak spots and put corrective measures in place to help their teams. This starts with having the absence intelligence to hand.”

Born in the Cloud: What 2020 Holds for the Global Enterprises

Infogroup Data: 300% More Women Have Leadership Jobs Than 10 Years Ago 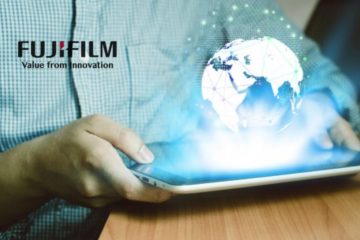