New Study: 64% of People Trust a Robot More Than Their Manager

New Study: 64% of People Trust a Robot More Than Their Manager

People have more trust in robots than their managers, according to the second annual AI at Work study conducted by Oracle and Future Workplace, a research firm preparing leaders for disruptions in recruiting, development and employee engagement. The study of 8,370 employees, managers and HR leaders across 10 countries, found that AI has changed the relationship between people and technology at work and is reshaping the role HR teams and managers need to play in attracting, retaining and developing talent.

AI is Changing the Relationship Between People and Technology at Work

Contrary to common fears around how AI will impact jobs, employees, managers and HR leaders across the globe are reporting increased adoption of AI at work and many are welcoming AI with love and optimism.

The increasing adoption of AI at work is having a significant impact on the way employees interact with their managers. As a result, the traditional role of HR teams and the manager is shifting.

AI is Here to Stay: Organizations Need to Simplify and Secure AI to Stay Competitive

The impact of AI at work is only just beginning and in order to take advantage of the latest advancements in AI, organizations need to focus on simplifying and securing AI at work or risk being left behind.

“The latest advancements in machine learning and artificial intelligence are rapidly reaching mainstream, resulting in a massive shift in the way people across the world interact with technology and their teams. As this study shows, the relationship between humans and machines is being redefined at work, and there is no one-size-fits-all approach to successfully managing this change. Instead, organizations need to partner with their HR organization to personalize the approach to implementing AI at work in order to meet the changing expectations of their teams around the world,” said Emily He, SVP, Human Capital Management Cloud Business Group, Oracle

“Over the past two years we’ve found that workers have become more optimistic as they’ve adopted AI in the workplace and HR is leading the way. The 2019 study shows that AI is redefining not only the relationship between worker and manager, but also the role of a manager in an AI-driven workplace. Based on the findings, managers will remain relevant in the future if they focus on being human and using their soft skills, while leaving the technical skills and routine tasks to robots,” said Dan Schawbel, Research Director at Future Workplace.

“Our 2019 results reveal that forward looking companies are already capitalizing on the power of AI,” said Jeanne Meister Founding Partner, Future Workplace. “As workers and managers leverage the power of artificial intelligence in the workplace, they are moving from fear to enthusiasm as they see the possibility of being freed of many of their routine tasks and having more time to solve critical business problems for the enterprise.”

Read More: Reputation In The Online World: How Brands Can Cut Through The Endless Choices Of The Customer Journey

Two of the World’s Largest Banks Are Migrating to the Clareti Platform, Scrapping Legacy Technology 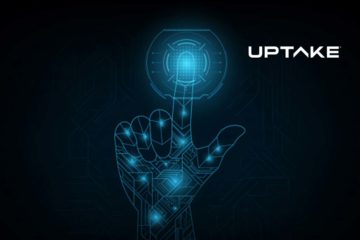 MongoDB, Inc. to Present at the UBS Global TMT Conference and the Barclays Global Technology, Media and Telecommunications Conference 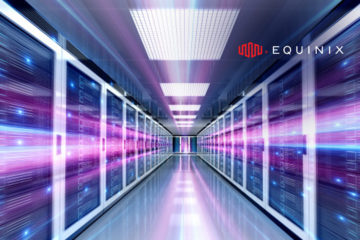