Singularity University’s 10th annual summit brought together 1600 education experts, enterprises, entrepreneurs and social and government leaders from 64 countries to discuss breakthroughs in innovation, EdTech and the future of education.

The high-profile founder of YiXue Squirrel AI Learning – he was named this year in both China Entrepreneur Magazine’s “Top 21 Stars of the Future” and Fast Company’s “China’s 100 Most Creative People” – was joined on stage at the summit by Esther Wojcicki of exploration-based learning company Planet3, Hla Hla Win of Myanmar-based education innovation firm 360ed and Arvind Nandakumar of spoken-word inspired youth group Youth Speaks. The panel was hosted by Gary A. Bolles, Chair for the Future of Work at Singularity University.

Together, they discussed different ways in which innovation could transform traditional models of K12 education to nurture learners’ passions in a rapidly changing world.

Esther is an expert in blended learning, best-selling author and has served as educational consultant for Google. She says current education systems miss the point, and that true education only exists when the student actually wants to learn.

Esther’s vision of blended learning is to foster passion in young minds with innovation camps where children do what they want.

In China, where the education system faces the burden of such a huge population, the first priority remains education access itself, which has made new blended learning models that combine online media content with traditional classroom methods popular. The potential to increase access to learning to literally hundreds of millions of students has led to a wave of internet-based and AI-powered EdTech startups emerging in recent years.

Founded in 2014, YiXue Education is a K12 education company providing home-based and in-person online learning to students in more than 200 first, second, third and fourth tier cities across China.

YiXue’s AI-based Squirrel Adaptive Learning Systems recognizes knowledge gaps in real time during the learning process, then immediately fills them with relevant instructional content to remediate those gaps. The algorithmic system gives each child a personalized learning plan as well as easy-to-read data readouts that clearly identify if, and where a student is struggling, thus enabling teachers to provide students individualized, targeted support.

“We decided that our AI tutors need to be very flexible to detect the profile of each student. Different students have different learning preferences; they have their advantages and their weakness. If we can know them specifically, we can give suitable content for them to learn,” Derek said.

The end goal – closing performance gaps in the classroom.

The “adaptive learning” model has been shown to improve on traditional learning efficiency by a factor of 5-10. Students’ study time is shortened considerably, leaving children more time and opportunity to explore the world.

Derek noted in the discussion that in China only about 20% of students can go to college and the competition is extremely fierce. As a result, almost none can follow their passion; rather, they are concerned only with how to get a degree.

YiXue Squirrel AI algorithms identify a student’s knowledge profile, then provide a customized curriculum. In doing so, the adaptive learning model not only fills gaps in learners’ knowledge but, crucially in China’s case, offers students from less advantaged backgrounds the chance of an education. The company has announced the donation of 1 million study accounts to underprivileged families.

During the talk, Derek brought up the case of his driver’s daughter who, after failing her teacher repeatedly, improved her grades from just 30, to 120 out of a total 150 within one year of using the Squirrel AI system. This allowed her to catch up with her classmates, thereby avoiding the tragedy befalling so many kids who are forced completely out of the school system.

YiXue has now opened more than 1000 learning centers with more than 3000 teaching staff across 26 provinces in China. It is approaching USD 200m in revenue this year alone while its renewal rate is over 80%.

The company has raised three successful rounds of financing totaling about $ 150 million, making it a unicorn in Education Technology industry

YiXue Squirrel AI’s strategic collaboration with independent research body SRI provides access to its AI technology and expertise, while plans have also been announced to build an adaptive learning lab in partnership with the Chinese Academy of Sciences.

YiXue has plans to expand into overseas markets in the next three years. The company has been approached by several education institutions in the US, as well as South Africa, India and Europe interested in adopting and localizing the platform. 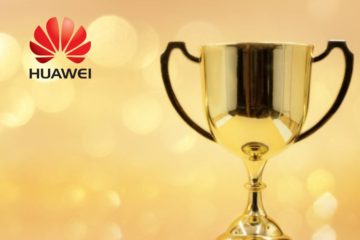 AI in Recruitment: Welcome to the Realm of Uncertainty