Chairman Hwang Chang-Gyu of KT Corporation shared his 5G vision with students at a world-renowned Swiss university, urging them to take the lead in improving society with 5G and AI.

Hwang delivered a lecture titled 5G, Innovation for Prosperity at ETH Zurich, or the Swiss Federal Institute of Technology in Zurich, on October 22. Some 400 students attended the one-hour lecture at the Audi Max on the main campus.

ETH Zurich is an internationally famous science, technology, engineering and mathematics university. Among its alumni are 21 Nobel laureates, including Albert Einstein, Wilhelm Röntgen and Fritz Haber. It is among the top 10 in world university rankings.

Hwang’s lecture was the 33rd of the Global Lecture Series, which started in 2014. He was the first to examine 5G during the talks, organized by the university president’s office. He was also the first Asian to take to the podium alone.

Professor Vanessa Wood, head of the Institute for Electronics, introduced Hwang, who began by saying he was pleased to look around the campus and meet future global leaders.

Recalling his more than three-decade career as an engineer and a top corporate manager, Hwang said he was able to seize great opportunities by predicting future trends and succeeding in “technical differentiation.”

As an example he cited “Hwang’s Law,” which he coined as head of the semiconductor division at Samsung Electronics in 2002 – his theory that memory density doubles each year. He also cited the world’s first commercialization of 5G technology, which he spearheaded as chairman of Korea’s leading mobile carrier.

Hwang urged students to set an ambitious goal and challenge what may appear to be impossible, in order to create the future that they want. He said he expected many of the students would be his partners or competitors in the near future. He called on them to promote advances in science and technology, and play leading roles in using 5G and AI to solve social problems and make valuable contributions to society.

KT unveiled the world’s first commercial 5G service on April 3. Hwang said the number of 5G subscribers has been increasing rapidly and changing the lifestyle of South Koreans. Behind this change is KT’s pioneering endeavor to promote the next-generation technology throughout the nation.

At the Mobile World Congress (MWC) 2015, KT was the first to present a vision for the future of 5G. At MWC 2017, the telecom giant announced its plan for 5G commercialization – also a world first. Hwang said that despite concerns by experts that commercial 5G service was premature, KT took up the challenge and succeeded in advancing the 5G era. Furthermore, the time needed for standardization of 5G was 21 months less than LTE, the fourth-generation technology.

KT first showcased its 5G innovation at the 2018 Winter Olympics in Pyeongchang, South Korea, with a trial 5G network. Since then, it has advocated the “power of 5G” and called on the international community to share its vision at a variety of forums, including the U.N. Global Compact, the World Economic Forum, the G20 Conference, Harvard Business School and MWC.

Six months after commercialization, Korea is leading the 5G global market in many ways. The number of 5G service subscribers, now nearing four million, is expected to surpass five million before year-end. Korea led internationally in essential 5G standard patents as of March 2019. Samsung Electronics emerged as the number one player in the 5G telecom equipment market with 37 percent market share from the fourth quarter of 2018 to the first quarter of 2019.

As to why 5G is needed, Hwang explained that its ultra-high speed, ultra-low latency and massive connectivity will create outsized changes in information and communication technology (ICT). In particular, 5G gains even greater importance when it comes to mission-critical services, such as telemedicine and automated driving.

KT’s edge-cloud architecture has led to the establishment of edge-computing telecom centers in major cities across the nation, lowering the 5G latency to a 5-millisecond level. Network slicing optimizes the network for divergent services and enhances security. C-DRX reduces battery power consumption by minimizing unnecessary data transmission with a traffic optimization solution. KT, which was the first in the world to apply this technology to a 5G network, has increased battery life by up to 65 percent.

5G will catalyze immense changes in not only B2C services but also B2B services as well. So far, KT can list some 140 use cases of 5G B2B services used by diverse subscribers, ranging from Hyundai Heavy Industries to Samsung Medical Center and the Republic of Korea Naval Academy. Both well-established corporations and also startups are expected to greatly benefit from 5G services.

As an example of 5G-based B2B innovation, Hwang made a video presentation of Hyundai Heavy Industries transforming into a “5G smart shipyard.” When the application of 5G solutions becomes fully operational, he said, it should help the shipbuilder reduce workplace accidents by up to 50 percent and raise productivity by up to 40 percent.

Hwang said corporations will experience the effect of having their private 5G networks when they subscribe to KT’s 5G service dedicated to business enterprises. Small- and medium-sized enterprises that cannot afford to build their own 5G networks will nevertheless be able to have smart factories by paying for the amount of data used on KT’s Manufacturing Cloud.

KT will also provide SMEs with Factory Makers, a 5G- and AI-based smart factory platform that collects and analyzes data from collaborative robots and Internet of Things devices in real time.

The new 5G era is making security in communications ever more important. KT’s response is its GiGAstealth platform, a blockchain-based IoT security solution. GiGAstealth uses two anti-hacking technologies: Invisible IP, which hides the IP addresses of IoT terminals from the hacker’s view, and Operator Blockchain for smart network access control, permitting only those whose identities are certified by the KT blockchain to communicate with IoT terminals.

Applying 5G technology in automated driving, KT’s Remote Cockpit is designed to be a life-saving connected car. If a driver is impaired, Remote Cockpit puts a connected car into self-driving mode, steers the vehicle to a safe place and calls for an ambulance. This ensures medical treatment during the “golden hour,” when survival chances are highest in an emergency situation.

KT has also established the 5G Safety Platform, which is designed to help reduce losses from typhoons and earthquakes. Hwang presented a video of a 5G Skyship, KT’s search-and-rescue airship dealing with natural disaster, as an example of using 5G and other ICTs to reduce losses from natural disaster, which amounted to US$210 billion (250 trillion won) worldwide annually as of 2016.

Hwang emphasized that 5G technology has to be combined with data-driven AI to maximize its effect. KT, which has a top-rated AI-based technology for speech recognition, has secured two million subscribers to GiGA Genie, an IPTV set-top box service. GiGA Genie’s Korean-language understanding has an accuracy rate of 95 percent. KT plans to include English, Chinese, Japanese and other languages in its service and extend it to automotive vehicles as well as homes, offices and hotels.

KT is also using 5G and AI to fight sickness with its Global Epidemic Prevention Platform (GEPP), an upgrade to its previous smart quarantine system for disease prevention. The GEPP was indispensable in fighting the spread of the Middle East Respiratory Syndrome (MERS) in South Korea.

In 2015, the spread of MERS caused panic as 16,600 people were quarantined, 186 tested positive and 38 died. Since the Korea Centers for Disease Control and Prevention began using the GEPP in 2018, Korea has had only one individual tested positive of MERS and no one has died.

On October 21, the day before his lecture, Hwang visited the headquarters of Swisscom in Bern and met with CEO Urs Schaeppi and other top managers. Referring to the common ground KT and Swisscom share as the first mobile carriers to commercialize 5G services, Hwang and Schaeppi discussed how to promote 5G businesses in their countries, both of which have similar topographies and environments.

At the meeting, KT and Swisscom agreed to collaborate in three areas to promote their 5G B2B businesses. Those areas include the expansion of B2B business portfolios by sharing experiences in 5G applications; multi-access edge computing for 5G-IoT connection; and the establishment of a 5G ecosystem of cooperation with small and medium-sized enterprises. 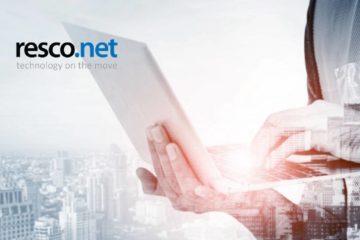 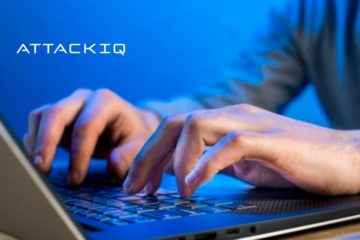 Nielsen: Differentiate Through Technology Adoption Amid the Challenging Advertising Market