Nokia and Etisalat, one of the world’s leading telecom groups in emerging markets, have set a capacity record during the world’s first field trial of single-carrier terabit-per-second data transmission on a deployed fibre network.

A terabit-per-second is enough bandwidth to download the entire Game of Thrones video series in HD in under two seconds. This comes as Etisalat is investing heavily in its core network infrastructure in anticipation of the massive increase in traffic from high bandwidth services.

Esmaeel Alhammadi, Senior Vice President, Network Development at Etisalat, said: “We are pleased to have partnered with Nokia Bell Labs to demonstrate that our optical network is capable of transporting a terabit per second over a single wavelength, and a total per-fibre capacity of over 50 terabits-per-second.  Increasing network capacity helps us to provide bandwidth-hungry services such as 5G extreme mobile broadband, fibre-to-the-home and DCI for enterprises.”

Sam Bucci, Head of Optical Networking at Nokia, said: “The introduction of 5G will require a network that can support dramatic increases in bandwidth in a dynamic fashion. This ground-breaking trial with Etisalat is testimony to Nokia’s commitment to continue to invest in coherent and optical component technologies required to meet the 5G networking challenge at the lowest total cost of ownership for our customers.”

Read More: Agora Partners With Onfido to Enable the Future of Frictionless E-voting

Nokia has a long history of advancing the frontiers of optical transmission. It was the first to demonstrate single-carrier 100G transmission in a deployed production network in 2007, and the first to commercialize single-carrier 100G and 200G wavelengths in 2010 and 2013, respectively. More recently, the Nokia Bell Labs optical research team published the world’s first terabit-per-second transmission lab trials in 2015 and 2017.  By extending these records to a deployed operator network, Nokia Bell Labs is bringing the age of terabit wavelength networks a big step closer to reality.

Read More: Agora Partners With Onfido to Enable the Future of Frictionless E-voting 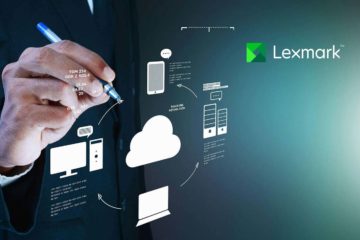