Ellisys, a leading provider of test, certification, and analysis solutions for Bluetooth®, Universal Serial Bus (USB), Wi-Fi®, and other technologies, today introduced a major innovation to its industry-leading line of Bluetooth analysis solutions.  Available on the recently released Bluetooth Vanguard™, the Bluetooth Capture Diversity™ feature utilizes two concurrent Bluetooth capture engines and sophisticated software algorithms to optimize capture quality and provide for increased flexibility in the placement of the analyzer and antennas relative to devices under test.  Bluetooth Vanguard and the Capture Diversity feature will be on display and demonstrated in Booth 226 at Bluetooth World, taking place today and tomorrow, September 18-19, at the Santa Clara Convention Center, Santa Clara, California, USA.

“Our Bluetooth analyzer products offer a wide variety of features to characterize and debug just about any issue, from coexistence problems to complex stack entanglements, and everything in between, but Bluetooth is designed such that missing just one critical packet can cascade into serious difficulties in understanding and completing just about any such task,” stated Mario Pasquali, Ellisys president and CEO.  “We designed Bluetooth Vanguard with this concern in mind, and we’re pleased to make this optimization available to our existing customers and to add one more Ellisys innovation to a long list of ideas that have helped ease the complexities and improve efficiencies in the projects and daily design and validation tasks of our customers.  We designed the Bluetooth Capture Diversity feature for many reasons, including the growing presence of Bluetooth in IoT applications, such as Bluetooth Mesh Networking and Smart Home applications, where coexistence issues are common and create a more difficult environment to cleanly capture Bluetooth transactions.”

How Does Capture Diversity Work?
Bluetooth Vanguard employs three reception antennas.  Two antennas are used for Bluetooth and one for WPAN (IEEE 802.15.4), with Wi-Fi (3×3 11ac) sharing all three.  Each capture engine provides identical wideband capture capabilities, where all packets on all channels, from all nearby devices are captured.  The two Bluetooth antennas may be angularly displaced to better optimize reception, or externally cabled to be positioned nearer the desired device or topology under test.  In all past Bluetooth capture methodologies, from any vendor, the analyzer had to be placed at an optimum location to minimize the analyzer’s reception of packet errors.  This approach often requires some experimentation and can be time-consuming.  Missed critical packets can lead to confusion and lost time.  A further improvement involves the use of software algorithms to make a good packet from a bad packet, as one antenna may receive a given packet correctly, and one may receive the same packet incorrectly, for a variety of reasons, including interferences.  In addition, in some cases the packet can be received incorrectly on both antennas and one good packet can be factored from the two bad packets.

Aeris and Altizon Partner to Deliver Industrial Internet of Things Solutions for the Manufacturing Sector in India, ASEAN, Middle East and Africa

JDA & WMG, University of Warwick Study: Majority of European Manufacturers Are Only at the Early Stages of Digital Supply Chain Adoption 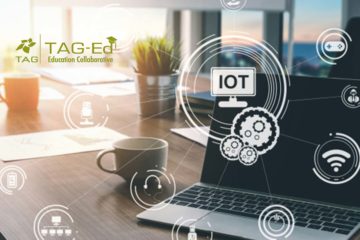 Connected Analytics, Named One of the Top 10 Innovative Technology Companies in Georgia by the TAG 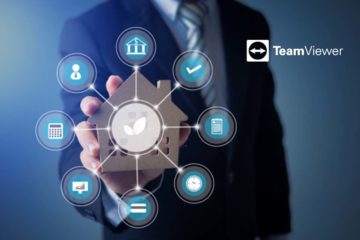 TeamViewer Offers a Free IoT Solution for Everyone