JDA & WMG, University of Warwick Study: Majority of European Manufacturers Are Only at the Early Stages of Digital Supply Chain Adoption

Research Shows Manufacturers Still Struggling to Effectively Integrate and Analyse Supply Chain Data; AI Usage Expected to Double in the Next Five Years to Capitalise on the Digital Opportunity

New @JDASoftware and @warwickuni survey says: majority of European manufacturers are only at the early stages of digital #supplychain adoption: http://bit.ly/2rkO67U

Manufacturers missing the mark when it comes to data

Artificial intelligence (AI) is predicted to be the fastest-growing technology

Considering the data challenges facing manufacturers, it doesn’t come as a surprise that they are looking at new ways to come to terms with, and capitalise on, the exponential growth in data. AI adoption is predicted to grow three times faster than other areas of investment, such as sensor networks, Internet of Things (IoT) and robotics. Until now, however, only just over a quarter (28 per cent) have started to use AI.

S&OP struggles, but segmentation and network design are early responses to digital complexity

The report suggests that when it comes to Sales & Operations Planning (S&OP), manufacturers have underlying problems to address. S&OP was rated as having the lowest level of maturity (34 per cent) of the 11 key supply chain processes manufacturers were asked about. Only 21 per cent of manufacturers have the ambition to use S&OP to support end-to-end business optimisation by 2023, and 22 per cent said the same for supply chain optimisation. This indicates that manufacturers should continue to focus on evolving from S&OP to Integrated Business Planning (IBP), as strong processes will underpin digital agility. 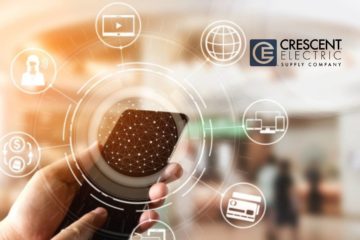