Microsoft never denies its pragmatism towards acquiring companies with huge potential – Continuing this streak, Microsoft has now acquired Express Logic. The acquired organization are the makers of Real-Time Operating System (RTOS), a functionality that intends to control the increasing number of IoT enabled devices globally. Both the companies did not disclose the acquisition sum.

Express Logic has been around for 23 years and estimates that 6.2 billion devices are currently running on its systems. In its own words, it has been building, “industrial-grade RTOS and middleware software solutions for embedded and IoT developers.”

Taking notice of these figures and the platform, Sam George, director of Azure IoT at Microsoft wrote in a blog post, “This widespread popularity is driven by demand for technology to support resource-constrained environments, especially those that require safety and security.”

In its 23 years, Express Logic built a product that works in low-power and low-resource ecosystems catering to a range of products.

“Manufacturers building products across a range of categories — from low-capacity sensors like lightbulbs and temperature gauges to air conditioners, medical devices, and network appliances — leverage the size, safety and security benefits of Express Logic solutions to achieve faster time to market,” George wrote.

While William.E.Lamie, CEO, Express Logic wrote in a blog post that, “Effective immediately, our ThreadX RTOS and supporting software technology, as well as our talented engineering staff,  join Microsoft. This complements Microsoft’s existing premier security offering in the microcontroller space.”

“With this acquisition, we will unlock access to billions of new connected endpoints, grow the number of devices that can seamlessly connect to Azure and enable new intelligent capabilities. Express Logic’s ThreadX RTOS joins Microsoft’s growing support for IoT devices and is complementary with Azure Sphere, our premier security offering in the microcontroller space,” George wrote.

The combination bolsters Microsoft’s position as a very strong contender in a very enthusiastic IoT market. The company announced an investment of $5 billion in April 2018 to scale its Azure powered IoT business. The investment is also reserved for other Azure capabilities such as – 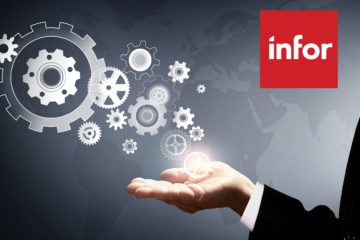