MultiVu, a 3D imaging solutions developer that leverages a single sensor and deep learning capabilities announced a fresh round of $7 million dollars worth of investment. MultiVu will utilize this fresh round of funds to finish building its first sensor-based product — a 3D application that can authenticate faces. A sliver of the funds will also be used for sales and marketing endeavors.

Doron Nevo, CEO of MultiVu said “The technology, which passed the proof-of-concept stage will bring 3D Face Authentication and affordable 3D imaging to the mobile, automotive, industrial and medical markets. We are excited to be given the opportunity to commercialize this technology.”

MultiVu differs with other market players in its technology by building a 3D image recognition camera through a single sensor as against the existing range of similar products whose primary set-ups are made from two sensors and a light projector. This cutting-edge technology can capture both, images and videos and stream them as and when. MultiVu’s solution is inexpensive, well-built and low on power consumption.

Eli Nir, OurCrowd Senior Investment Partner said, “We are pleased to invest in the future of 3D sensor technologies and believe that MultiVu will penetrate markets, which until now could not take advantage of costly 3D imaging solutions. We are proud to be investing in a third company founded by Prof. David Mendlovic (that just recently sold CorePhotonics to Samsung), managed by CEO Doron Nevo – a serial entrepreneur with proven successes and a superb team they have gathered around them.”‘

Globally, the market for 3D imaging solutions is exploding and MultiVu wants to be a leader in this space.

Shlomo Nimrodi, Ramot CEO said, “A successful venture is a team effort, and we are happy to establish the fourth start-up company that was funded by the TAU Technology Innovation Momentum Fund, this time with Prof. Mendlovic and his innovative team. We are confident that this technology, has the potential to change the way 3D authentication is made and will set new standards in this field in multiple applications.”

The solution was built after four years of research conducted by Prof. David Mendlovic along with his team at the engineering center of the Tel Aviv University (TAU). TAU’s Business Engagement Center has recently validated this product by signing a licensing agreement. The Technology Innovation Momentum Fund is managed by Ramot.

The investment round was led by – 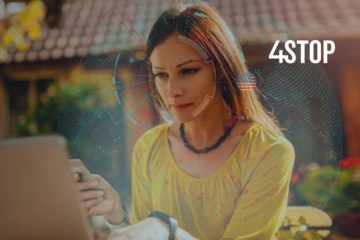 4Stop Partners With BCCS to Enhance Their Value Chain of Services With Leading KYB, KYC, AML and Anti-Fraud Technology