The new systems reflect the broader shift to accelerators in the TOP500 list. GPUs now power five out of the world’s seven fastest systems, as well as 17 of the 20 most energy efficient systems on the new GREEN500 list. In addition, the majority of computing performance added to the TOP500 list comes from NVIDIA GPUs.

“The new TOP500 list clearly shows that GPUs are the path forward for supercomputing in an era when Moore’s Law has ended,” said Ian Buck, vice president and general manager of accelerated computing at NVIDIA. “With the invention of our Volta Tensor Core GPU, we can now combine simulation with the power of AI to advance science, find cures for disease and develop new forms of energy. These new AI supercomputers will redefine the future of computing.”

Jack Dongarra, professor at the University of Tennessee and Oak Ridge National Laboratory, who co-authors the TOP500 list, said: “This year’s TOP500 list represents a clear shift toward systems that support both HPC and AI computing. Accelerators, such as GPUs, are critical to deliver this capability at the performance and efficiency targets demanded by the supercomputing community.”

GPUs Deliver 95% of Compute in World’s Fastest System
The No. 1 system on the TOP500 is Oak Ridge National Laboratory’s Summit, which went online earlier this month. It was clocked at 122 petaflops (million billion floating point calculations) of processing power in double-precision performance, surpassing the No. 2 system, China’s Sunway TaihuLight, at 93 petaflops. Summit draws 95 percent of its performance from its 27,648 Tensor Core GPUs, the most GPUs of any supercomputer. Summit is also capable of over 3 exaops of AI performance, or 3 billion billion multi-precision AI calculations per second.

Other top systems powered by NVIDIA GPUs include:

Additionally, NVIDIA GPUs power the world’s fastest industrial supercomputer, Italy’s Eni HPC4 for the global oil and gas industry, No. 13 on the list. Eni’s 3,200 GPUs enable it to deliver 12 petaflops of performance.

5 Ways for Marketers to Make the Most of AI 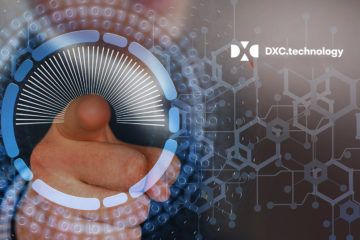 Cybereason Partners with Arm to Pioneer Protection for the IoT Ecosystem