Sino United Worldwide Consolidated Ltd., a New York based fintech firm, and iDrink Technology Co. Ltd., Taiwan (iDrink) signed a Joint Venture Agreement to work together on the distribution of iDrink Smart IoT Vending Machine in the US.

SUIC and iDrink signed a joint venture agreement to distribute iDrink Smart IoT Vending Machine in the US market, through a new 60:40 joint venture company based in the USA.  SUIC and iDrink plan to leverage the exceptional user interface experience of iDrink Smart IoT Vending Machine, combined with SUIC’s expertise in the fintech service business, to provide solutions for this key target segment. This joint venture will focus on developing iDrink beverage consumption market in US.

SUIC and iDrink will offer options for US business partners either to be an independent operator (such as breweries, beverage merchants, distributors, dealers), or to be a franchisee of the iDrink Smart IoT Vending Machine (such as in hotels, restaurants, pubs, KTVs, supermarkets, shopping malls). An independent operator can earn an estimated gross profit of several millions US Dollars by operating at least ten units of the iDrink Smart IoT Vending Machines.

The SUIC iDrink US JV company believes it will greatly enhance the US market share by adopting its business model and the aforementioned marketing strategies, building high quality, new target groups and a broader range of customers and partners in the process.

AWS to Sponsor and Present at V3 Connect 2019 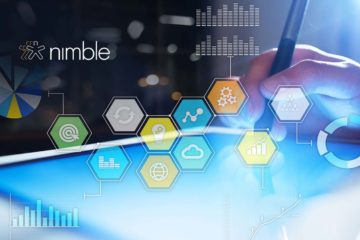 Gen Z: The Rise of 1.8 Billion New Influencers is Shifting the Mobility Landscape