Tell us about your interaction with smart technologies like AI and Cloud-based Analytics platforms.

We built our Machine Learning solution from the ground up to support the launch of Mtell. Nowadays you’ll see a lot more platforms offering Machine Learning as a service, Artificial Intelligence as a service, or APIs in the Cloud, like TensorFlow. There are more platforms available for people today building things, but they have certain limitations. Still, have to know how to write code and understand Data Science, you can’t just use them as a black box.

How did you start in this space? What galvanized you to start Neocortex Ventures?

I hold a thesis that AI is in its own investment space with a unique set of characteristics, so it makes sense to focus on investing here by relying on my own expertise. I have a secondary passion for applications that augment human capability, so I was excited to seek out opportunities to invest in them or build them myself.

How do you see AI for Augmented Intelligence diverging from traditional artificial definitions?

The key thing is to look at the people first, the literal humans involved in the work process, and figure out how to augment them. This is better than focusing exclusively on data and labels, seeing people as a means for better labeling that data. Augmented Intelligence makes a noticeable difference to the human bottom line.

What does the Superhuman in your book really look like?

The line between man and machine will be blurred! On the actuation side, we’ll be able to control robotics and machinery both inside and outside our own bodies. On the perception side, technology will give us significantly enhanced senses beyond the conventional five we know today. They’ll be similar but different!

My image of a superhuman is closely related to the image of a mythological centaur. Recognizable as human, but simultaneously recognizable as more than that. This is a category of person that has harnessed AI and technology to such a degree that they have achieved an essential “unlocking,” leaving them free to pursue whatever they find most interesting and fulfilling.

How could such Superhumans make technology look silly?

I don’t think technology is ever going to look silly. Let’s remember that Superhumans will depend on technology in order to transcend existing human limitations. There won’t be a sudden explosion that makes it possible overnight. Instead, it’s going to be more like a slowly rising waterline that establishes a new normal over time. This is about symbiosis. The definition of “technology” is going to grow to include what we understand today as “human.”

What is the state of AI for Health, Farming, and Economic Growth in 2019? How much has it evolved since the time you first started here?

Healthcare and Farming are usually at the low end of the bell curve for technology adoption. Regulatory hurdles, unskilled labor, and generalized inertia are mostly to blame here, but these fields are starting to catch up as regulations change for the better.

Why an AI/Human collaboration has the potential to change society?

If it doesn’t seem like AI has the power to change society, that’s only because there’s a serious mainstreaming and maturation waiting for us right around the corner. The AI systems of the future aren’t going to have much in common with the artificially intelligent personal assistants we cling to nowadays. Siri is a disembodied amnesiac voice that has no sense of your history and no ability to anticipate your needs unless you specifically tell her to remind you to take the cookies out of the oven in ten minutes, for example. But even then, the context is completely missing.

When we have a new category of AI assistants, we’re going to lean on them as we lean on our human coworkers and family members today. We’ll outsource and delegate certain tasks to them, and they’ll return with valuable results that didn’t cost us any of our own time. They won’t be assistants but will be much more like collaborators or business partners.

What is the Good, Bad and Ugly about AI that you have heard or predict?

I think we all know the popular bad and ugly narratives from science fiction and comic books. It goes something like this: AI technology will eventually develop its own cognition that meets and exceeds our own. As that cognition gains a fuller understanding of human ambition and ability, it will identify us as an existential threat, then take any one of a number of routes toward wiping us off the planet.

It’s great entertainment when we see this in a movie, for example, but I think it muddies the conversation on the practical realities that AI is already in the process of enabling. This technology makes our future brighter, not darker. That’s the good that I predict.

AI excels at automating the low-level cognitive work used to require an entire human brain, sometimes even a team of them. It’s a powerful attack vector on tasks that tend to trip humans up, like finding patterns in data or running complicated calculations at the right time to get the right answer. With low-level cognitive work automated down to nothing, we thinking and breathing humans will be free to explore avenues that would otherwise go untouched. Artificial Intelligence is on the way to delivering us to a techno-utopia. We shouldn’t run from it, we should embrace it.

What is your opinion on “Weaponization of AI/Machine Learning”? How do you promote your ideas?

Rogue AI might present a credible threat in the future, but augmented humans will be our best bet to offset them. These people would have an enhanced ability to screen for and detect runaway systems, and they’d be able to intervene by making decisions informed by smart software that serves a kind of “policing” function. This idea basically boils down to “using technology to police technology,” except humans, but humans will be the executors.

Beyond that, there’s cause for governments and corporations to be transparent in their own AI development efforts. There will eventually be less of a focus on privacy and more focus on transparency.

What technologies within AI/NLP and Cloud Analytics are you interested in?

I happen to have made an investment in an NLP startup already, but it’s in stealth mode and I’d rather not say more than that for now.

I try to pay attention to when I’m most productive and creative, then find ways to shut off the smartphone distraction machine during those times. My biggest productivity hack is about balancing the time between when I’m responsive, like returning emails and answering the phone versus when I’m focused on writing something until it’s complete, for example.

Thank you, Alex! That was fun and hope to see you back on AiThority soon.

Alex brings a unique perspective at the intersection of Machine Learning, Big Data, and the IoT. As an undergraduate, he authored 5 peer-reviewed publications (current citation count of 117), performed DARPA-funded research in neural networks, as well as research in memory and computational diagnostics. Next, he jumped into the private sector, applying analytics on some of the world’s largest data warehouses at Teradata, the pioneer in Big Data.

In 2006 Alex co-founded Mtelligence (Mtell) to harness the deluge of sensor data in the industrial IoT, with a mission of creating a world that doesn’t break down. Mtell’s Machine Learning platform is used to monitor global fleets of offshore drilling rigs, railroad engines, and process equipment, in effect creating a distributed immune system to protect equipment and personnel. Alex is a lead inventor on 3 patents in the area of sensor networks and Machine Learning. Mtell was acquired in 2016 by AspenTech, the global leader in process optimization software. In the two years following the acquisition of Mtell, AspenTech more than doubled its market cap, adding $4 billion of shareholder value. In June 2018, Barron’s highlighted AspenTech as one of the top three AI investments outside of FAANG (Facebook, Apple, Amazon, Netflix, Google). Alex received degrees in Mathematics and Computer Science with a concentration in neuroscience.

Neocortex Ventures is an investment fund and idea laboratory for AI technologies. 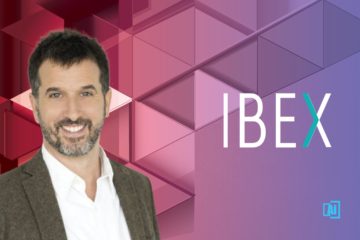 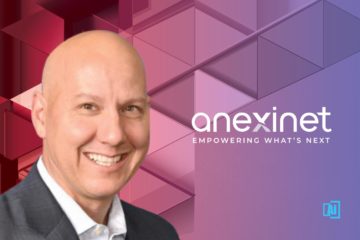