How has your journey in Artificial Intelligence and Robotics been so far?

EasyPost began developing robots for our warehouses – we offer logistics services for businesses who need to ship small parcels to consumers. We started out using traditional labor for the jobs in the warehouse but designed the layout and warehouse management software so that each role could one day be done by a robot.

We found that the market for well-made robotics hardware was strong, however, we had trouble finding vendors with great software that could be tailored to our needs and integrated into a system as complex as a modern warehouse. Bringing the robotics software development in-house allowed us to narrow the scope and focus on solving our specific challenges rather than general cases.

However, even narrow problems in robotics require modern AI to solve. Robots cannot be told how to grasp and pick up random, disordered items in a bin – they must be taught. Today EasyPost has a growing team of roboticists, data scientists, and AI software engineers working together to deploy half a dozen different robots to our facilities which will one day remove the need for human laborers to pick, pack, and ship e-commerce orders!

What are the best methods to build Robotics and Data Science Teams?

Both of these fields are narrow in focus and in high demand, so recruiting great roboticists and data scientists are challenging. We’ve had a lot of success hiring in adjacent fields and promoting people with the interest and aptitude into these roles. For example, an electrical engineer with an interest in robots and autonomous systems could be a great roboticist with some training and mentoring.

What is the most feasible method for building Predictive Analytical models? What are the common mistakes associated with the same?

The most common mistake and hardest part of building any analytical model is structuring the data correctly in the first place. You need to deeply understand your data so that you feed your models signal rather than noise, and should expect to spend a lot of time iterating until you’re getting predictions based on relevant correlations.

The tricky part of predictive models is that it’s really easy for just about any software engineer to create a mediocre one. The real trick is in employing sharp data scientists who can push the accuracy of your models far above mediocre and begin to drive significant business value.

How can Data Science and Machine Learning Teams benefit an Enterprise?

Whenever a business has to make a decision for which there is relevant data available, Machine Learning will help immensely. This means that it likely won’t help you with broad strategic decisions – the likelihood of there being the proper relevant data at hand is low. However, it will be infinitely better and faster than a human at deciding whether or not an order should be shipped from California or New York which gave the relevant factors: where is the inventory, where is the recipient, what time of day is it, which transportation options are available, etc.

How can business stakeholders proceed to build or develop a warehouse for Robots?

There are two things we tried to do at EasyPost to make our warehouses well suited to robots. First we minimized local decision making, and second, we simplified the motor functions necessary to move and manipulate objects.

Local decision making is inefficient and unnecessary when everything in the warehouse is barcoded or systematized in some way. For example, a robot on the floor should never need to decide where to go next or how to get there because that coordination should happen at the facility level by higher level software which knows everything about the work that needs to be done and where all of the relevant resources (robots) are located and working on.

Simplifying motor functions is important because even basic motor tasks require a lot of intelligence and are still difficult with state of the art robotics. For example, it’s much easier to grab a tote that you know the dimensions of, than an object with unknown characteristics presented at an unpredictable angle. This is specifically why Amazon has such trouble automating its warehouse picking task – shelves are packed with (seemingly) random objects which are very difficult for a robot to grasp.

Absolutely. Especially in the warehouse. There isn’t a single task in a warehouse that a human can do more quickly, accurately, or cheaply than a narrowly focused robot. Which isn’t fair, because the human can do so much more than a single task, but unfortunately the additional cost of “operating” a human is wasted here where local decision making and complex motor function are unnecessary.

What is the main advantage of AI and robotics?

Our main competitive advantage – cheaper shipping – is a huge boon to our customers. We accomplish this in a number of ways; from predicting when a shipment will arrive before it’s shipped so that the optimal carrier and service can be selected, to fulfilling that order with a robot so that no human labor cost is added to the transaction.

Which events and webinars would you suggest to our readers as being the best in grasping information on emerging technologies?

What is your conclusion over weaponization of AI? How has AI helped you reduce costs?

I don’t believe that any massive asymmetry in technology between competing organizations can persist for long. Whether or not it’s “weaponized”, a nation that maintains a technological advantage will out-compete its neighbors. That competition need not play out on a battlefield – it could play out on the stock market and have a similar de-stabilizing effect on the inferior party.

Call it economic warfare or traditional warfare – any organization that falls too far behind the technology curve will be subjugated.

How do you see the future of AI?

Today we can train minds that are far superior to humans in specific domains, and unfortunately for humans, most economic activity requires narrow intelligence. This means that domain-specific AIs will continue to displace humans from the economy, but they’ll remain dull dinner guests for a while yet.

We will create better and better models of intelligence that can be trained more quickly, and perhaps more generally. However rather than thinking of these minds in opposition to humanity, I like to think of them the way we think of our progeny. No one worries about children becoming smarter than the previous generation, in fact, we expect it. We also expect that values and norms will drift with each successive generation. I think we should strive to create successors as intelligent as possible, whether or not they’re carbon-based!

What start-ups are you keenly following? Which specific spheres in AI are you particularly interested in?

I love the game playing AIs – there’s nothing more humbling than watching DeepMind or OpenAI make a mockery of human intelligence on the Go board or DotA2 arena!

Tag the one person in the industry whose answers to these questions you would love to read.

Any of the great engineers at OpenAI.

Thank you, Sawyer! That was fun and hope to see you back on AiThority soon.

Sawyer studied Computer Science at the University of Alberta in 2001 before joining Dreammates – an early dating website as their CTO. After his stint in matchmaking, he ran MaxGames.com and one of the largest networks of online flash gaming websites. In early 2013 he met future EasyPost CEO Jarrett Streebin and joined him in creating EasyPost because he believed that logistics should be developer friendly. They started by making shipping easier, and in 2016 decided they were also the best-positioned company to make it faster and cheaper with the introduction of their fulfillment network. Today Sawyer leads 60 of the best shipping engineers on earth to solve those three problems – easy, fast, and cheap.

EasyPost is on a mission to remove the technical complexities of logistics so customers can get back to growing their businesses. The company was founded in 2012 as the first RESTful API for shipping and currently has thousands of customers – from SMBs to public companies – shipping millions of packages each month.

AiThority Interview with Chris Johnston, Founder and CEO at Adoreboard 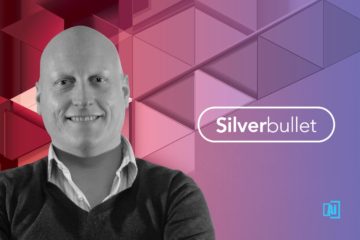 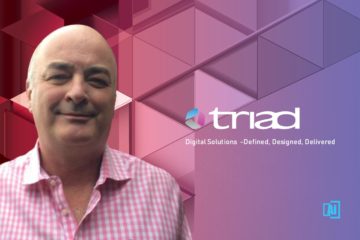