Consumers lack trust in artificial intelligence (AI) and don’t understand the extent to which it can make their interactions with businesses better and more efficient, according to new research from Pegasystems Inc., the software company empowering digital transformation at the world’s leading enterprises. The study, which was conducted by research firm Savanta and unveiled at PegaWorld in Las Vegas, surveyed 5,000 consumers around the world on their views around AI, morality, ethical behavior, and empathy.

Despite AI delivering the types of customized, relevant experiences people demand, many consumers still aren’t sold on the benefits. With many businesses turning to AI to improve the customer experience, it’s important for organizations to understand their customers’ perceptions, concerns, and preferences. Key findings of the study included:

One of the critical ways organizations can increase customer trust and satisfaction is to use all the tools at their disposal and demonstrate more empathy in their interactions.  But empathy is not a common corporate trait especially when trying to maximize profitability.  As AI becomes increasingly important in driving customer engagement, companies need to think about how to combine AI-based insights with human supplied ethical considerations.

“Our study found that only 25 percent of consumers would trust a decision made by an AI system over that of a person regarding their qualification for a bank loan,” said Dr Rob Walker, vice president, decisioning and analytics at Pega. “Consumers likely prefer speaking to people because they have a greater degree of trust in them and believe it’s possible to influence the decision, when that’s far from the case. What’s needed is the ability for AI systems to help companies make ethical decisions. To use the same example, in addition to a bank following regulatory processes before making an offer of a loan to an individual it should also be able to determine whether or not it’s the right thing to do ethically.

“An important part of the evolution of artificial intelligence will be the addition of guidelines that put ethical considerations on top of machine learning. This will allow decisions to be made by AI systems within the context of customer engagement that would be seen as empathetic if made by a person. AI shouldn’t be the sole arbiter of empathy in any organization and it’s not going to help customers to trust organizations overnight. However, by building a culture of empathy within a business, AI can be used as a powerful tool to help differentiate companies from their competition.” 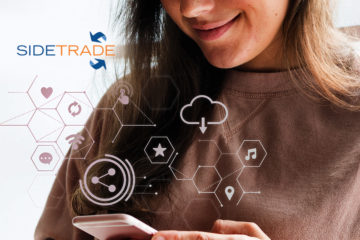