Diligen, the award-winning machine learning-based contract review platform, announced the availability of Diligen Prodigy, a new training system that will enable law firms and legal departments to rapidly train Diligen to recognise new clause types in contracts expanding the range of concepts the contract analysis system can identify with minimal time and effort. After just a few examples, this unique system will auto suggest other possible examples, which users can add with just the click of a mouse. With Diligen Prodigy, users will be able to build out a fully trained clause model within 10 to 20 minutes. This new system dramatically reduces average clause training times and empowers law firms and legal departments to easily add their own unique clause models to Diligen’s pre-built clause library, significantly reducing the time to value.

Diligen’s Prodigy offering is a significant leap forward for AI and ML-based contract review applications who have historically  if they have provided self-training modules at all included systems that were complicated, cumbersome and slow to use, which discouraged users from building their own clause models.

“Providing our clients with easy and intuitive ways to do their contract review work is at the heart of our mission,” stated Laura van Wyngaarden, Diligen’s Co-Founder and COO. “We are excited to launch Diligen Prodigy providing our clients with a dramatically faster way to expand the library of custom clause types Diligen will identify. Prodigy will allow law firms and legal departments to respond rapidly to tight client timelines and use AI contract analysis technology for projects where time or resources may not have allowed previously.”

Diligen’s release of Prodigy comes on the heels of its new pre-trained clause library expansion with Diligen able to identify hundreds of clause types across a range of use cases straight ‘out of the box’.

Based on recent law firm and corporate surveys, the top barriers to AI technology adoption within law firms and law departments remain users’ lack of tech-savvy as well as limited time to learn new systems. Based on their own internal research and client feedback, it is becoming evident that AI/ML technologies that offer intuitive self/DIY training are attractive to the market. Friedrich Blase, an advisor to law firms/law departments, and an independent expert when it comes to reviewing and comparatively trialing AI-based contract review tools, estimates that roughly 20% of the available solutions currently offer self-training.

“When I conducted the comparative trial of 12 contract extraction tools for a consortium of legal departments, they struggled most making do with pre-trained clauses and applying them to their specific use cases,” noted Blase. “The new self-training capability in Diligen’s solution not only shows how fast technology is evolving but also gives law firms and legal departments new immediate/do-it-yourself options which increasingly are in high demand.”

“Diligen has provided a self-training module on the platform since 2016 – one of the earliest ML contract analysis companies to do so. Diligen Prodigy represents the next evolution of these systems allowing the user to rapidly compile the training data to teach the system to recognize a new concept while seeing real-time feedback on the model’s accuracy,” added van Wyngaarden.

Technology and design: The Diligen team spent years working with clients to understand the type of self-training system lawyers wanted for their review. Prodigy is the result of an intensive period of R&D to produce industry leading performance in self-training.

Speed and performance: With Prodigy, users can add over a hundred data points to their model in minutes and can self-train a fully working clause model in as little as 10 minutes.

Ease of use: Thanks to the intuitive UI/X and technology infrastructure, the new system is as simple as it gets when it comes to user adoption and immediate use. Prodigy is designed to help the user find relevant training data in their contracts, rapidly serving up suggested examples to add to the model while indicating how well the training is working through real-time feedback.

Self-training equals no training: The intuitive user interface means clients do not need to invest significant time in learning to use the system and can get value straight away.

Gamification: Training time does not need to be dull. Users can watch as the system builds out an animated ‘robot’ one bolt at a time, evolving as the clause model is trained. Users ‘unlock’ the next iteration of the animation as they progress their clause training which encourages them to stick with the training process until it is complete.

Diligen was named SAP’s Most Transformative Solution for the Enterprise and was recognized as an AI leader for 2018 by The National Law Journal. The company was also a finalist in the 2018 AI Legal Challenge sponsored by The Ontario Ministry of the Attorney General and the Legal Innovation Zone.

Tesla Megapack: Will it Solve the Ever-Growing Global Power Crisis? 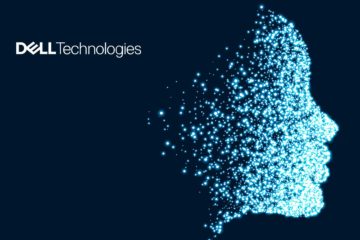 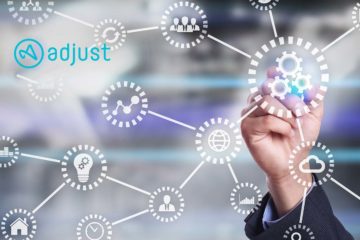