Nearly half of CIOs in Canada are heavily involved in defining new business models in their organizations, according to a survey conducted by Gartner, Inc. This is consistent with their top three priorities for 2019: revenue and growth, digital initiatives, and operational excellence.

“Our survey results show that Canadian CIOs are playing an active role in business model change, showcasing the importance that information and technology (I&T) has on creating business models that were not possible in the past,” said Chris Howard. “This puts CIOs in a powerful position transform the business, and CEOs are counting on them to do so.”

Gartner analysts presented the survey findings during Gartner IT Symposium/Xpo, which is taking place here through Thursday. The 2019 Gartner CIO Agenda Survey gathered data from more than 3,000 CIO respondents in 89 countries and all major industries. In Canada, 176 CIO respondents were asked for their input.

Canadian IT Budgets and Core Investments

Canada is increasing its spending in business intelligence and data analytics, cybersecurity, and cloud services. Yet artificial intelligence (AI) experienced a huge jump from last year. In the 2018 CIO Agenda Survey, only 2% of Canadian respondents planned to increase investment in AI. In 2019, that figure is 24%. “AI serves as a huge opportunity for Canadian CIOs,” said Mr. Howard.

Among the areas that Canadian organizations are decreasing their IT investments this year are infrastructure and data center, networking, voice and data communications, and custom software development. “Canadian CIOs are pruning commodity services that have evolved to surpass traditional, on-premises implementation,” said Mr. Howard.

“CIOs believe correctly that data, analytics and insight are the keys to unlocking value. The volume, variety and velocity of that data are beyond human processing capabilities, so the promise of insight lies in advanced analytics and especially AI/ML,” said Mr. Howard.

Financial goals are a uniquely popular priority for Canadian CIOs, thus indicating a heightened degree of cost consciousness among organizations. At the same time, Canada has more structural and engrained leadership challenges compared with its global peers.

“For Canadian CIOs, cultural barriers to their success are pronounced,” said Mr. Howard. “The data shows that their organizations are not innovative enough and that there is a lack of buy-in for various digital initiatives, which is why Canada lags behind in digital maturity compared to typical global organizations. Communicating the value of IT as well as cultivating strong executive partnerships were the top two strategies that respondents identified to overcoming these barriers.” 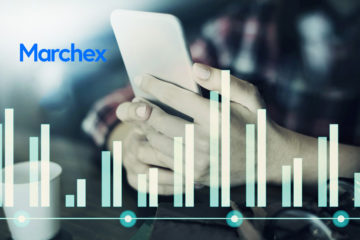