Machine Learning Developers Summit 2019 – India’s largest gathering of Machine Learning experts and Data Scientists, announced the 40Under40 Awards which recognizes leading Data Scientists in India who have demonstrated considerable expertise in solving complex challenges in their organizations and have made contributions to the broader data science and analytics community.

40Under40 Analytics Excellence awards has been designed to recognize and honour the achievements of 40 Data Scientists in India – the dynamic game changers who are transforming customer experiences with analytics strategies, are fostering a data-native culture and developing new revenue streams from data assets.

“This award category has been created to recognize the immense contributions of 40 data scientists who are the driving force behind the Data Science field in India and are shaping the Indian Analytics Landscape with their vision. These young Data Scientists have made a real business impact and are also spreading a culture of analytics in their organisations,” said Bhaskar Gupta, Founder & CEO, Analytics India Magazine.

All submissions will be assessed by a panel of editors and industry veterans and awardees will be selected after a careful review and benchmarked against the best-in-class performance standards.

Nominations for 40Under40 award are open. The organisation invite nominations from currently serving Data Scientist with at least 5 years of experience. Along with significant career accomplishments, the individual inducted into the awards would have delivered substantial business impact, technology vision and inspirational leadership. S/he would have demonstrated expertise in building new business models based on data assets, significantly advance the data scientist role, create a positive influence on the analytics ecosystem in India and contributed to the growth of analytics industry in India.

The organisation looks forward to nominations from individuals or organisations for the 40Under40 award. Organisations can nominate individuals who have played a pivotal leadership role in an Analytics initiative in the last five years. Consulting companies can also nominate an exemplary Data Scientist for this award. They also encourage self-nominations. 2019 nominations are now open.

Winners will be recognized at the annual Machine Learning Developers Summit 2019 to be held in Nimhans Convention Center, January 30-31 2019 in Bangalore.

Do you have a response plan in case of A Data Breach Under GDPR?

ZestFinance Announces AI Lending Partnership with via Varejo and Banqi 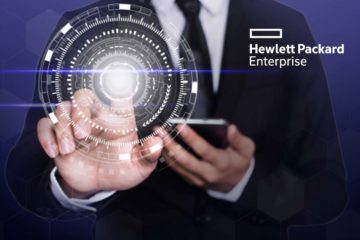